Kirby’s next big adventure sees him winning enemy hearts and fighting together. 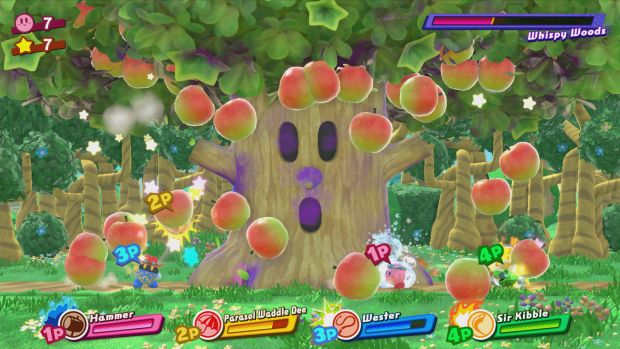 Another big release that Nintendo Switch players can expect in the coming months is Kirby Star Allies, which will be the pink monster’s debut on the platform. In its latest Nintendo Direct, we learned a few new details about what makes this Kirby title unique.

First off, Kirby has new abilities like Artist which allow him to flex those creative muscles and Spider that sees him trapping enemies with webbing. Second, Kirby can throw friend hearts at foes and charm them to his side. Charmed enemies will subsequently join your party and fight for you. If you get three other friends to join you, then it’s possible to use ally abilities with Kirby’s own skills for Friend Abilities.

Kirby Star Allies will release on March 16th for the Nintendo Switch. In other news today, it was announced that Dark Souls: Remastered would be coming to the Switch (along with Xbox One, PS4 and PC).