Follow protagonist Meredith Weiss through a typical day in Providence Oaks as she drives a mail truck and explores the world. 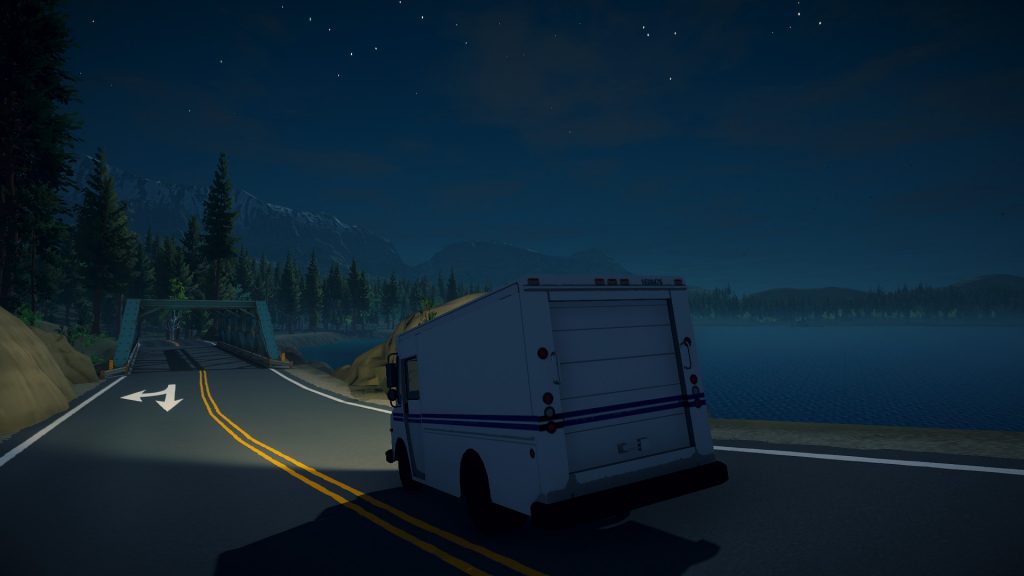 Gamious’s Lake is out later this week for Xbox Series X/S, Xbox One and PC, and offers a more laid-back slice-of-life style of adventure game. The story sees Meredith Weiss, a software developer, spending two weeks delivering the mail in Providence Oaks, Oregon. She encounters and interacts with various characters while musing about her home town.

To showcase how a typical day for Meredith would play out, a new gameplay walkthrough has been released with director Dylan Nagel providing additional details. We learn more about the radio man, who’s seemingly less nice in person, and Meredith’s musings which involve commenting on her surroundings. While you can just go about delivering the mail on schedule, the player can also stop in the middle of a forest and converse with the nearest lumberjack.

Depending on Meredith’s decisions, the story will branch accordingly and eventually, she’ll have to decide whether to stay in Providence Oaks or return to the city. Though there aren’t supposed to be any right or wrong choices, we’ll see how this all plays out when Lake releases on September 1st.