Lara Croft: Guardian of Light will be on Steam

Posted By Rashid Sayed | On 20th, May. 2010 Under News | Follow This Author @GamingBoltTweet

In order to fight the ever increasing problem of piracy, Crystal Dynamics the developers behind Lara Croft: Guardian of Light will deploy the PC version on Steam. Global brand manager Karl Stewart has said that: “We’ve gone down the road of implementing Steam DRM where we’ve committed to the US being an exclusive and we’re going to make a decision as to whether or not we’ll use different distribution channels, But I think for now, because it’s online and it’s got leader boards, Steam offers us the best opportunity to hit a broad audience with that type of game.” 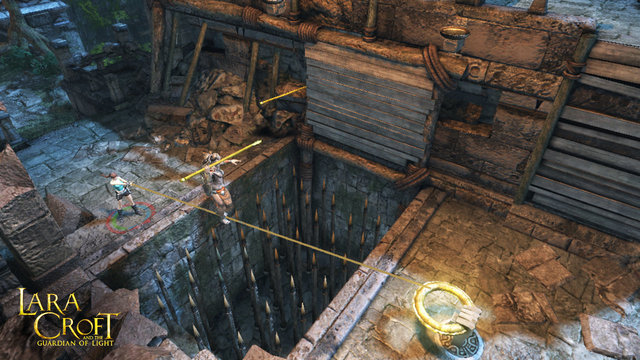 “Tomb Raider’s got a huge following, when you look at Tomb Raider games in the past and how many times they’ve been pirated. I go on some BitTorrent sites and within the first 48 hours there’s like four hundred thousand downloads, it’s crazy,” he said.

“Given that Tomb Raider has traditionally been a single player game we have the risk of people saying, ‘I never really wanted to play the online mode, I just want to play as a single player’ You don’t have to do the leader boards, you don’t have to go online. We had to mitigate those risks by doing things like DRM.”

Tagged With: Crystal Dynamics, Lara Croft and the Guardian of the Light, ps3, xbox 360