There’s something that lies beneath each individual’s skin. It seethes and crawls; oftentimes, it itches and boils over. The manifestation of this feeling is tied into a great number of obstacles one may face. Many of us ignore it while others allow it to take over their lives – and then there are those who accept it, either moving past the cycle or dooming themselves to repeat it forever. Bloober Team’s Layers of Fear looks to encapsulate that feeling, delving into the horrific mind of a disturbed painter and the creative demons that haunt him.

"Layers of Fear is a fairly beautiful game within the confines of its disturbing subject matter and it deserves to be properly appreciated."

The story for Layers of Fear is actually pretty easy to understand – a once famous painter is now struggling to succeed, marred by creator’s block and falling into a pitfall of booze and anger. His relationship with his wife and child are documented, starting from the initial honeymoon phase and eventually dissolving before the player’s very eyes. It’s the aura of mystery and discovery that drives interaction in Layers of Fear. You’re not immediately made aware of what’s going on but put the story together from newspaper clippings, triggered memories and various pieces of a body you collect in order to complete the man’s masterpiece. Time is running out for something though and an atmosphere of tension seems to envelop the ever-collapsing world around you.

Suffice to say, the story is half of the appeal for Layers of Fear and it’s presented in a visually rich fashion. The attention to detail paid to the early 19th century home that you explore is evident with famous paintings strewn about, various lighting scenarios and well textured interior design. It quickly gives way to puzzling labyrinths and otherworldly phenomenon – including pictures melting into paint and wooden floors crackling and buckling as time goes by. Layers of Fear takes reality-bending to a whole new level in first person horror games and it’s amazing to see the extent to which the art design keeps up.

At this point in the game’s release cycle there’s a hefty amount of screen-tearing, especially if you make too many quick POV movements. Given its Early Access origin, this can be forgiven for now (general performance is still very good) but hopefully Bloober Team deploys a patch to amend it. Layers of Fear is a fairly beautiful game within the confines of its disturbing subject matter and it deserves to be properly appreciated. The sound design is also on-point. Its minimalist music alternates between tension and grief while sound effects feel horrifyingly real. Credit is also due to the voice acting behind the protagonist whose transformation throughout the story is believably conveyed.

"There’s almost a gruesome sense of wonder to this descent into madness."

What do you do in Layers of Fear though? Many times you’re left to witness what’s happening as the environment twists and turns around but collecting body pieces, pulling chains to the grinding screams of someone in the background and exploring the environment are the extent of it. There are some light puzzles to solve here and there with a few that might leave you stumped but nothing impossible. While I’m loathe to consider Layers of Fear a simple “walking simulator” there’s no denying that you spend most of your time travelling through your surroundings, opening doors and drawers and whatnot.

However, make no mistake – even seasoned horror vets will find plenty messed up in Layers of Fear. It’s never played purely for shock value though, even when it comes to some of the jump scares. There’s a thickening atmosphere of insanity that envelops your surroundings but it’s within the context of the painter’s viewpoint. Impossible happenings could best be described as the creative process taking shape – many of them are more straightforward but it’s all a manifestation of his struggle and journey to create a masterpiece. There’s almost a gruesome sense of wonder to this descent into madness.

As such, games like this don’t warrant much replay value (though Layers of Fear is priced accordingly). One could go back and replay a few key decisions here and there to see what happens. At times, not doing something has the chance to net you an achievement but Layers of Fear doesn’t deviate very far from its course. That’s not necessarily a bad thing. The overall playtime fits perfectly into the story being told and there’s not a single moment that feels like filler. While some horror games may last longer – SOMA and Outlast come to mind – a shorter, focused effort like Layers of Fear comes equally recommended. There’s also good news for Early Access players as the full game adds a substantial amount of new areas to the base release, even in places where you typically won’t expect them. 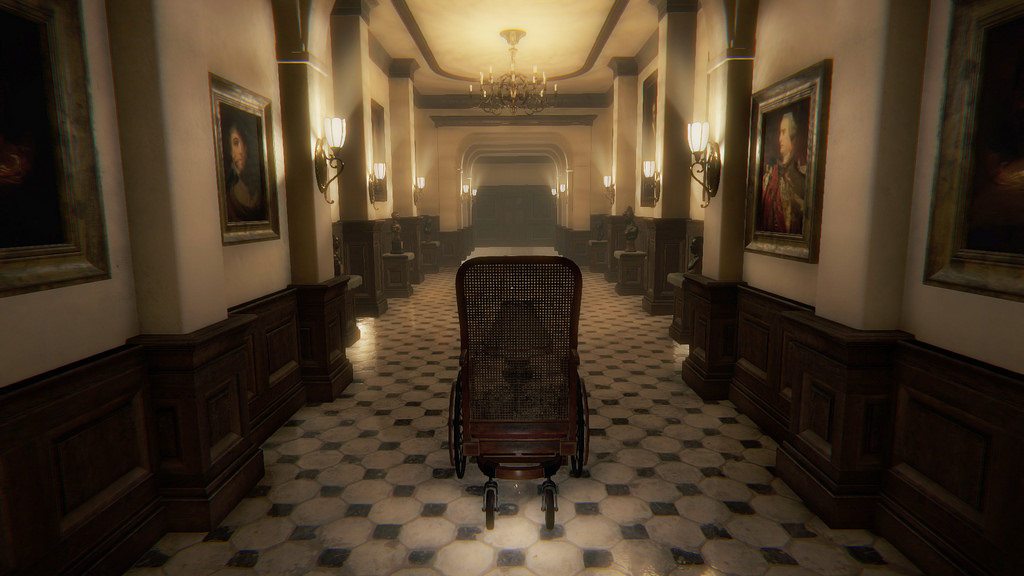 "There’s a story being told here, one that will tap into your inner being even as you’re disgusted or saddened with the events taking place."

After playing through Layers of Fear, its name and conclusion have stuck with me. Despite the game’s horror trappings, of which there are many, the story manages to convey something that we’ve all gone through – a feeling of being trapped, with nowhere to go; the feeling that no one quite understands us; and the feeling of creative drought and exploring the deepest recesses of one’s mind to find ideas. It just so happens that Layers of Fear explores the grisly side of this journey and what can happen when one loses himself within the dark corners of his own mind.

Replay value and slight technical issues notwithstanding, Layers of Fear is an excellent experience for horror buffs and adventure gaming fans with slightly stronger tolerance for the macabre. It doesn’t offer a whole lot when it comes to character choice but that’s not the point. There’s a story being told here, one that will tap into your inner being even as you’re disgusted or saddened with the events taking place. As noted in our early access preview, Layers of Fear is a story that is worth experiencing and the highly effective horror, excellent visuals and sound design, and creepy atmosphere only make its morals all the more haunting.

Presentation and story-telling are top notch. Visual design properly conveys the era while sound design immerses you fully into your surroundings. For the story being told, the playtime feels incredibly apt.

Not much replay value once you've completed the story. Strong subject matter, even for those who can tolerate blood and gore. Screen tearing issues.

Final Verdict:
GREAT
Layers of Fear isn't a perfect marathon with its range of terrifying developments but the significance of its events will last longer than most horror sprints.
A copy of this game was provided by Developer/Publisher/Distributor/PR Agency for review purposes. Click here to know more about our Reviews Policy.