Leaderboards Not Working on the PS4 Version of Batman: Arkham Knight

Even the Batman can have bad weeks. 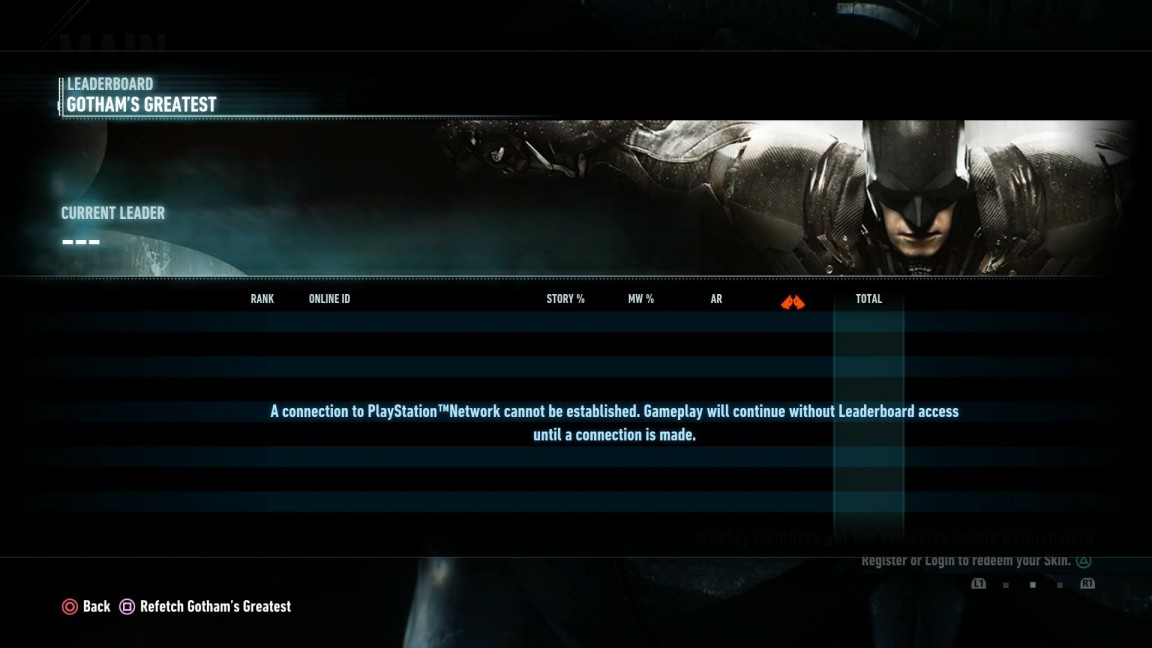 Batan: Arkham Knight has not had the launch that Warner Bros. and Rocksteady were hoping for.

The entire pre-launch period was marked with some issue or another, with the special Batmobile Edition of the game being yanked from sale just a week before the game was due to release, and the Limited Edition being delayed due to manufacturing issues. Then, the PC version of the game was a complete clusterf**k, to the extent that Warner Bros. had to suspend sales of the game while they tried to overhaul the game.

To that list of issues, add another one- apparently, the leaderboards are not working on the PS4 version of the game. As anyone who has played the game will know, the leaderboards are, while not integral to the core game experience, still a pretty important part of the game’s asynchronous multiplayer as well as its Gotham’s Greatest metagame. If you try to load them, you get an error message informing you that the game cannot make a connection to PSN servers.

As of right now, it is unknown why the issue occurs (speculation pins it on Warner Bros. servers being overloaded), nor have responded, or given a possible date for the fix. We’ll keep you posted if they do look into the issue, though. Stay tuned.