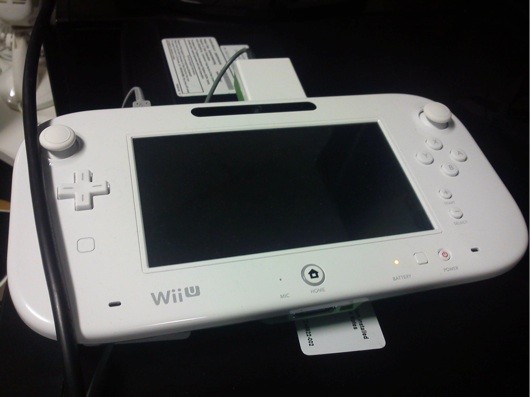 A Q&A tester at TT Games has tweeted an image of the Wii U controller, only the controller has been redesigned and has plenty of changes. While the tweet in question has been deleted, and image has been provided below (thanks, Joystiq).

The circle analog pads of the Wii U controller have been removed and replaced with actual analog sticks, which are also apparently clickable. The Wii U logo has now been shifted to the bottom left of the controller (this also means there’s no chance of a rebranding of the system and its name), and the plus and minus buttons have been shifted to the right, right below the face buttons.

The home button is now surrounded by a rim that can be lit up with blue light, much like the home button on the Xbox 360 controller with its green light, and the controller is also rounder as compared to the previous model, which had slightly angular edges.

The tablet also has two mystery boxes whose functions are unkown at this point. They’re located below the d-pad and next to the power button. 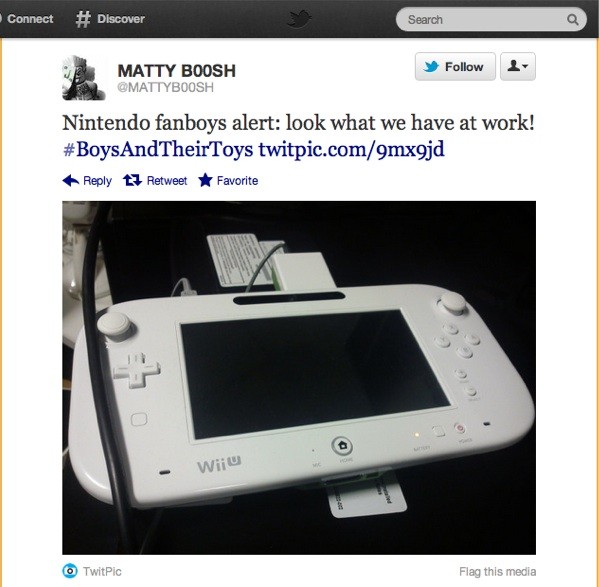 So it looks like a part of Nintendo’s E3 showing has been spoiled.