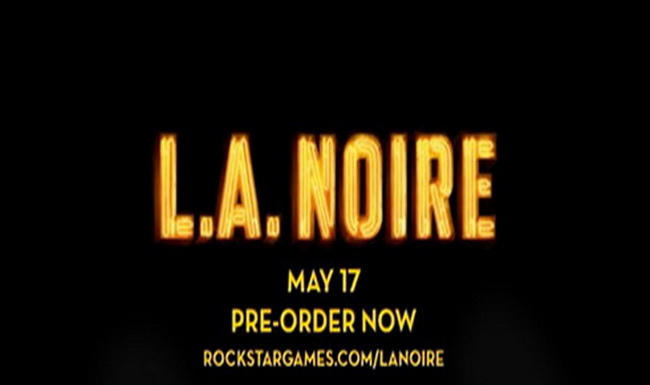 The new L.A Noire trailer which was to go live on Monday has already made its way to Youtube, revealing the game’s release date in the process. Near the end of the new trailer titled Serial Killer, it can be clearly seen that the game’s going to be releasing on May 17.

Earlier, the game was given a Spring release window by Rockstar.

The video, however, has been taken down but we already know the most important detail that it carried, i.e the game’s release date.

Stay tuned, we will have more info for you soon enough.