Warner Bros. Interactive Entertainment and TT Games have announced the next big LEGO title for release this Autumn. LEGO Batman 3: Beyond Gotham will be heading to the Xbox One, Xbox 360, PS3, PS4, PC, PS Vita, Wii U and 3DS later this year and will see Batman head to outer space to battle the sinister Braniac. Check out the trailer above for more infomration.

Tom Stone, Managing Director, TT Games, stated that “Building on the incredibly successful LEGO Batman franchise, we are working to make LEGO Batman 3: Beyond Gotham the ultimate super hero videogame this year for all ages. The TT Games team is bringing LEGO Batman and an astounding amount of characters from the DC Comics universe to the next frontier with a new epic story, more gadgets and unexpected challenges.”

There will be more than 150 characters from the DC Universe and you’ll visit classic locations such as the Justice League Watchtower. Braniac will also bring some interesting new kinks into the gameplay since he can mind-control characters. Frankly, the reveal trailer looks entertaining as all Hell so we’re looking forward to the game. 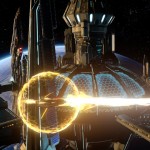 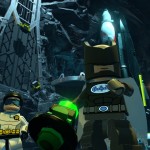 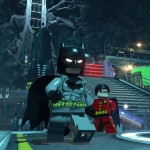 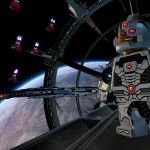