Level-5 CEO shares his thoughts on the PS4

It is not only about spec and graphics performance

As we all know the PlayStation 4 has been gathering a lot of media and developer praise, ever since it’s media reveal back in February. It is only obvious that people have already started announcing games for it. One such developer is the Japanese based Level – 5, the company behind Ni No Kuni. 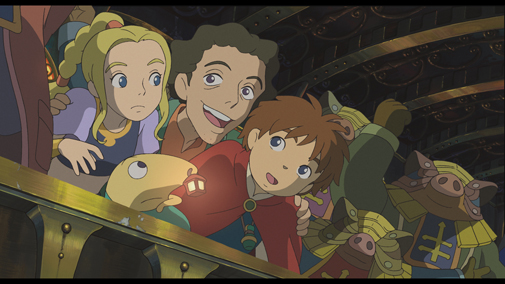 Level-5 CEO Akihiro Hino, just like other developers was all praise for the PlayStation 4. “I think the PS4 has strong online network supporting it. So, it’s not only about specs and graphics performance, but also how we can use the communication features of the network if need arises.”

He also confirmed (via  nikkeibp)  that they are working on a new PS4 game and will be sharing new details soon. It will be interesting to see what it will be. Perhaps a sequel to Ni No Kuno or an entirely new role playing game. Only time will tell.