The finale to Dontnod's episodic series is just a month away. 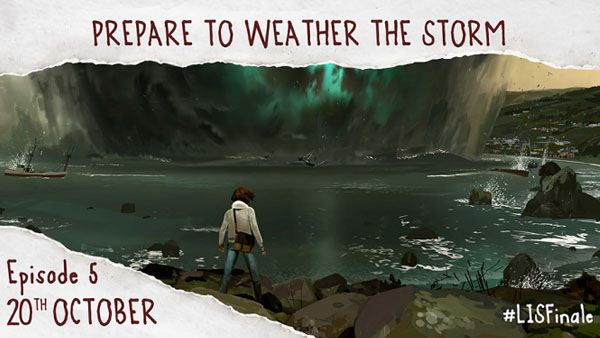 The fifth and final episode to Dontnod Entertainment’s episodic hit series,Life Is Strange, will be called Polarized, and will be launching on October 20, publisher Square Enix announced today.

Further details for the release were not given, but it’s not a stretch to assume that the episode will see the culmination of all the choices that players have made over the course of the previous four episodes, and that it will provide an ending to the events set off in the first episode all the way back in February this year.

As always, Life Is Strange: Episode 5 will be launched on the Xbox 360, Xbox One, PlayStation 3, PlayStation 4, and PC. The exact specifics of the release, as well as for this episode, are not known as of this time.

What do you think of Life Is Strange? Have you been playing the episodes as they have been coming out, or have you been waiting for the entire series to be concluded before you jump in and enjoy it all at once? Let us know in the comments section below.