Life is Strange Limited Edition Trailer Pulls at Your Heartstrings

Find out what goodies the physica Limited Edition brings. 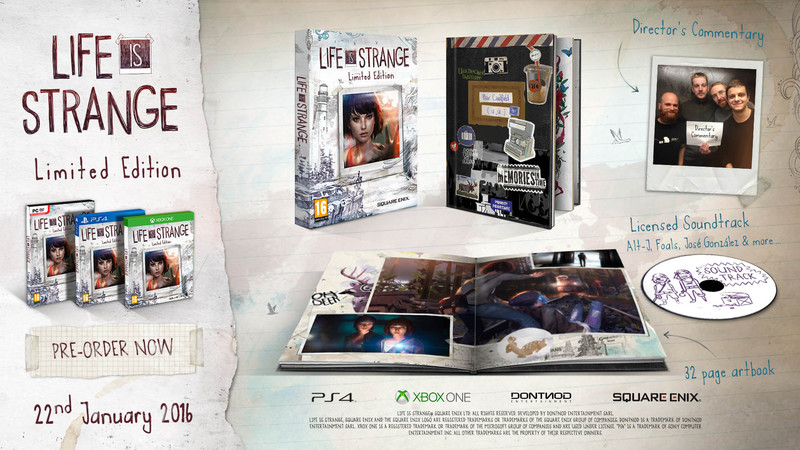 Have you already moved past the cataclysmic events of Dontnod Entertainment’s adventure title Life is Strange, your heart having shattered into a million pieces? Because with the Limited Edition of the game coming out, now is as good a time as any to have your friends suffer as well. Check out a trailer for the same below.

The Limited Edition features a physical version of the game on disc (which still needs to be activated on Steam), a copy of the game’s soundtrack on CD, 32 page art book and Director’s Commentary which will “contains footage of the development team providing insight and discussing major elements themes as they revisit key moments of the series”. So really, there’s a reason for series’ veterans to revisit the game’s emotional turmoil as well.

The Limited Edition of Life is Strange will be coming to PS4 and Xbox One on January 16th for $39.99. Will you pick it up? Let us know in the comments.