Life is Strange Review: Back To High School

Our final verdict on Life is Strange across the entire season.

Having long been a fan of the Telltale Games type titles that are basically like a “choose your own adventure” story in the form of a video game, I was quite interested to see what Life is Strange had to offer me. It turns out it was everything I expected it to be when it came to the minimum, but it didn’t really offer enough to draw me in the way I was drawn in when I was playing games from a similar genre. That surprised me a bit because I liked the setting of the sort of spooky and definitely odd Blackwell Academy and the town it was located in, Arcadia Bay, quite well.

While quite a bit of the game takes place on and around the school’s campus there are also plenty of spooking settings in this fictional Washington state town that is oddly beset by some very weird weather patterns. I also liked quite a few of the characters, such as the protagonist Max Caulfield. For the most part, I felt like I was getting a high school experience from the point of view of someone who is pretty enough to get noticed but not quite pretty enough or cool enough to actually be popular. I thought the game did a fairly good job of selling the complete and total lack of confidence Max possessed and the complete and total lack of compassion some of her classmates possessed. 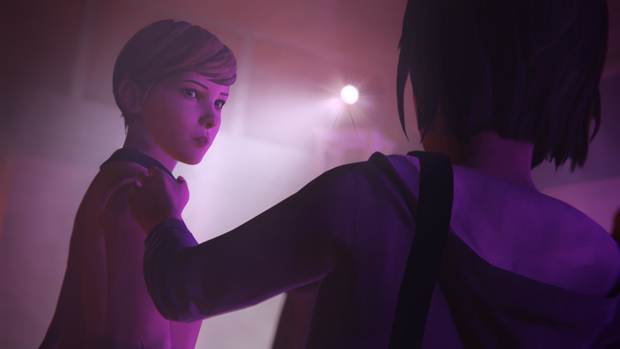 "The time rewinding power is also somewhat sporadic. I get that you can’t allow me to rewind whatever I want, because it would be almost impossible to build a game like this if I could, but there doesn’t seem to be much of a reason why when the power suddenly shows up and when it can’t be used."

That doesn’t mean all of the characters are as fleshed out. There are some characters that are about as one dimensional as a human being can be. That wouldn’t be such a big deal, except the cast of characters aren’t really all that big. When it comes to the actual story, there was one particular factor that gave this game a leg up on the titles it was trying to emulate with its presentation. This feature is that Max has suddenly developed the ability to rewind time. While this power is certainly one that could be very helpful in a fast moving action game, I actually found it strangely out of pace in Life is Strange. It’s almost like the developer never quite figured out what the point of games like the ones Telltale Games puts out.

You are supposed to make a decision whether it’s an action or something you say to someone and you’re supposed to pay the consequences. As Until Dawn points out, this is the butterfly effect in action in a video game. When you are able to make a decision and then almost immediately rewind time and make the other “right” decision, it takes some of the fun out of this format. Also, there isn’t a real butterfly effect to be had here, because there are definite right and wrong actions. Early on in the game, Life is Strange seems to almost be asking you if you don’t rewind time “are you sure you want to leave it there?” At other times, rewinding time and choosing the other response doesn’t seem to have much of an effect at all.

The time rewinding power is also somewhat sporadic. I get that you can’t allow me to rewind whatever I want, because it would be almost impossible to build a game like this if I could, but there doesn’t seem to be much of a reason why when the power suddenly shows up and when it can’t be used. There were a couple of times throughout all the chapters when it felt like I should have been able to use my rewind time powers to get out of some tight situations that I couldn’t. 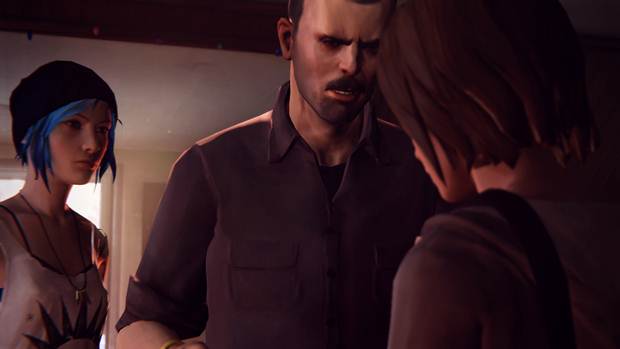 "I found myself having a hard time really caring about that mystery, partly because it often fades into the background. Despite the negatives, the game still pushed me to see how Max’s story ended."

While it might seem as though I disliked the game because of the shortcomings of the game, that simply isn’t the case. The art style, which is also quite Telltalish is quite good looking and seems to fit the style of the game. The game is set in Washington state and I’m not quite sure how, the the artists managed to make Life is Strange look exactly how I would expect the same region that houses Seattle to look. I also loved being able to roam the dorms and classrooms and school building of the school.

Perhaps I was just remembering how much fun I always had with Rockstar’s Bully but I loved being able to be back on a school campus. Again, while the art style and storytelling is actually quite interesting, I was supposed to be unraveling a mystery of the highest order as the game wound on. I found myself having a hard time really caring about that mystery, partly because it often fades into the background. Despite the negatives, the game still pushed me to see how Max’s story ended.

The story and characters were well presented and interesting. The environment was just spooky and odd enough to keep me engrossed.

The time rewinding feature actually felt like it took some of the suspense away from me at different parts of the game.

Final Verdict:
GOOD
The game doesn’t quite live up to other similar games in the genre, but it’s worth the time and energy to check out if you’re a fan of these type of games.
A copy of this game was provided by Developer/Publisher/Distributor/PR Agency for review purposes. Click here to know more about our Reviews Policy.