Posted By Jordan Garland | On 23rd, Aug. 2012 Under News | Follow This Author @MostUnfurrowed

As if having 87 bazillion guns in Borderlands 2 wasn’t enough 2K has announced today a super, super limited run of Top Trumps cards for pre-orderers of Borderlands 2. Featuring 30 of Borderland’s most bombastic, over-the-top weaponry, the ‘Guns Guns Guns’ Top Trumps back will never make its way to retail, so the only way to nab one of the limited run of 5000 is to pop on down to your nearest indie store.

In fact, 2K UK PR Manager wants people to become Vault Hunters themselves:  “Only 5000 packs of cards will be distributed across the country and will be available on a first-come-first served basis to those who pre-order Borderlands 2. Once they’re gone, they’re gone so I’d encourage people to check with their local Indie store to see if they’re stocking the cards. We want to turn everyone in Vault Hunters!”

Borderlands 2 releases in North America in 18th September and internationally on 21st September, on PC, Xbox 360 and PlayStation 3. 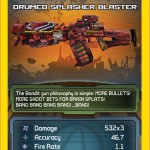 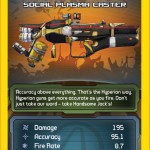 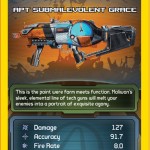 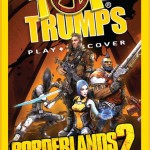 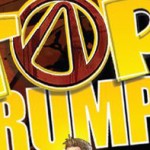