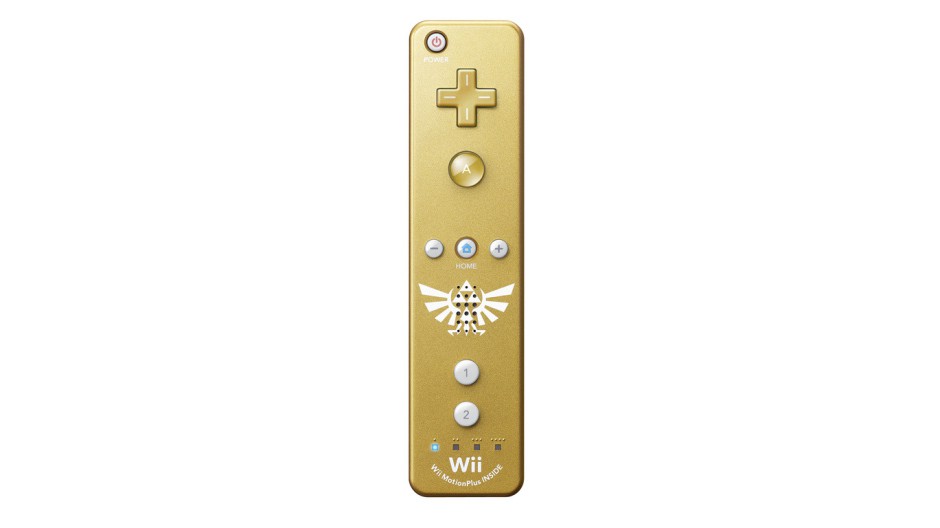 Nintendo has announced a Limited Edition bundle for their upcoming The Legend of Zelda: Skyward Sword, and it will include a shiny, golden, Zelda-themed Wii Remote. The d-pad and A button will also be golden, and a Zelda royal crest will be painted over the speaker. The remote will be, of course, the Motion Plus remote.

The bundle will cost $70 in total, the game and the remote collectively.

A free soundtrack of the game will also come with every copy of Skyward Sword- not just Limited Edition- in the initial production run. 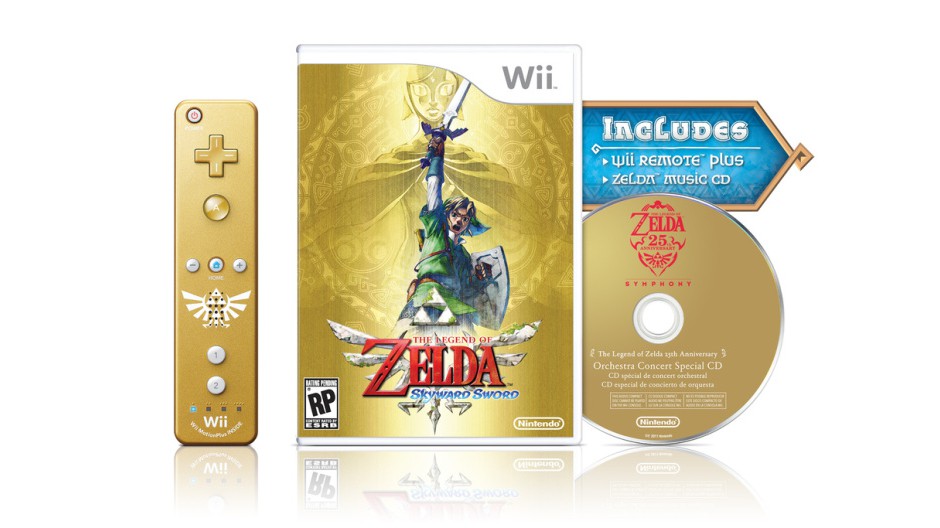 Nintendo explains: “As an additional 25th anniversary treat for fans who purchase the game early, every copy in the initial production, whether sold by itself or as a part of the limited-edition bundle, will come with a free CD featuring select orchestral arrangements of iconic music spanning the history of the franchise which will be performed at The Legend of Zelda 25th Anniversary Symphony Concert performances in October 2011.”

It has not been confirmed if this same bundle will release in UK, but it will be launching in US on November 20th, the day the game releases.