Listen to a few soundtrack samples from Secret Files 3 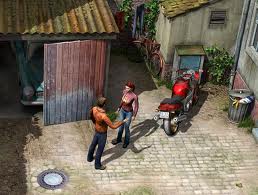 Deep Silver have released a bunch of samples from Secret Files 3 soundtrack, which you can check out by going here. These soundtracks were selected from different locations like, a church at the end of the world, Nina’s bedroom, and the excavation site at Potbelly Hill in Turkey.

I haven’t played the game obviously, so I have no idea what these locations are, but the soundtrack is pretty decent. They were composed by Thorsten Engel, who is quite an accomplished artist with his work being nominated at Game Developer Awards 2010.

“Through his music, Thorsten gives each Secret Files location from Florence to Alcatraz its own particular atmosphere. We are therefore very glad to have him back on board for Secret Files 3,” said Marco Zeugner, Project Manager at Animation Arts.

The game will be released on the PC this August 31st.