When you grow up, it becomes difficult to see the magic in the world. Yes, the “world of adults” has its own responsibilities, bills to pay, and duties to adhere to. After a point, some of us can become jaded and outright cynical to events. The world is on the brink of ending? What else is new? At the same time, it also becomes easy to mock the unending and joyful curiosity that children have as mere naivete. Deep down we all kind of remember what it was like to be young, to let our minds roam and simply imagine things are much more magnanimous and incredible than they actually were. 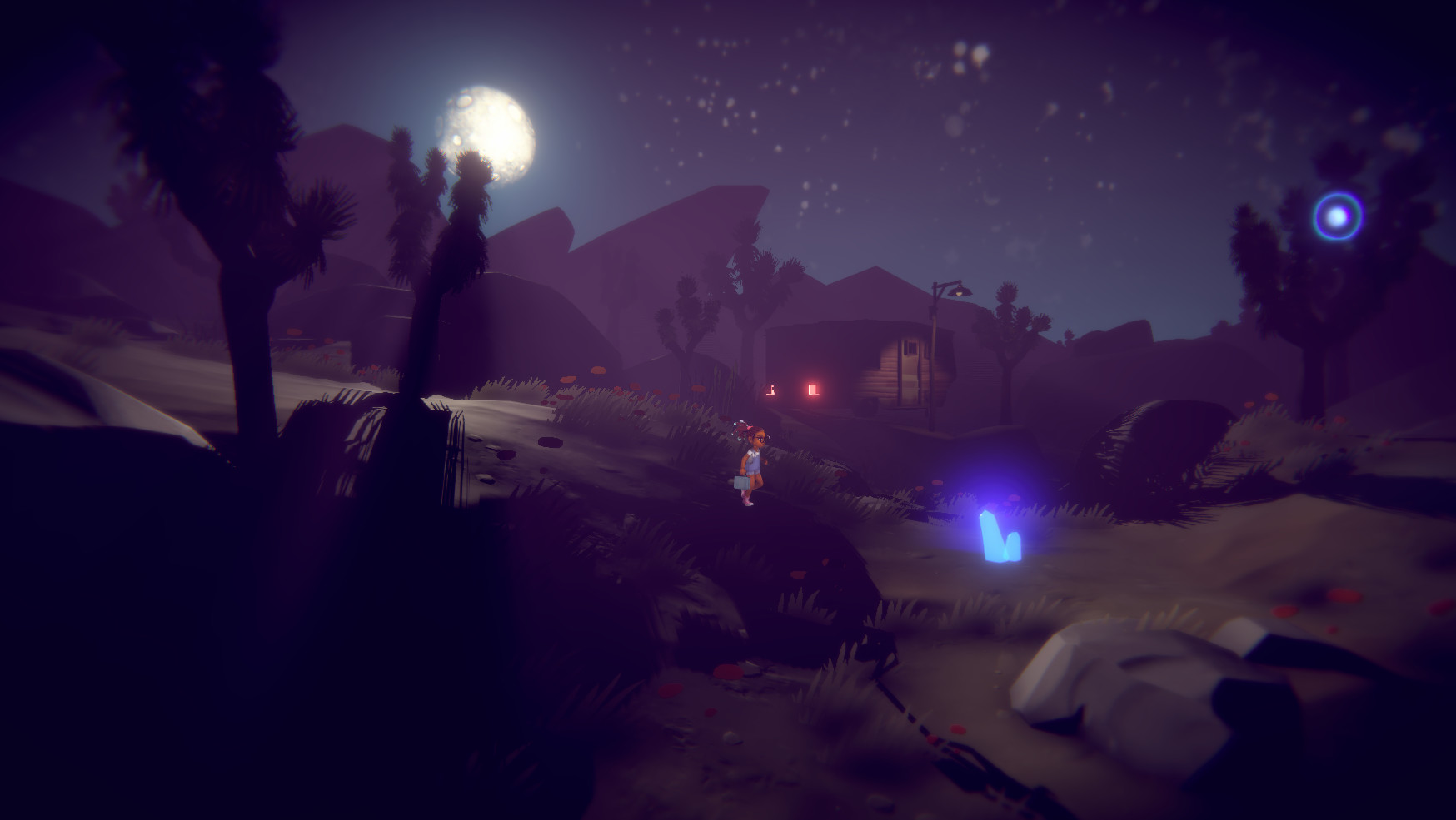 It’s funny how those same parables could apply to the gaming industry. The uproar over games-as-a-service titles, battle royale titles, timed exclusive deals and whatnot are definitely discussions worth having. However, there are also games that exist outside the periphery which serve to remind us of the magic that this medium is capable of delivering. One such title is Buddy System’s Little Bug.

You’d be remiss to know about this crowd-funded platformer. Released in September 2018, Little Bug has a whopping 24 reviews on Steam. Over 100 percent of those reviews are positive, for what it’s worth, but it’s not surprising that it slipped under your radar. Little Bug focuses on Nyah, an eight year old girl who can find the magic in everything. She loves poking around outside, analyzing every bit of nature while stuffing it in her lunchbox and going out of her way to explore the world when heading back home.

When the game starts, Nyah studies the remains of a dead cat and follows its spirit around. She also picks up a seemingly unrelated cat skull to stuff in her lunchbox. Exhibit A of “Starting things off on a high note.” 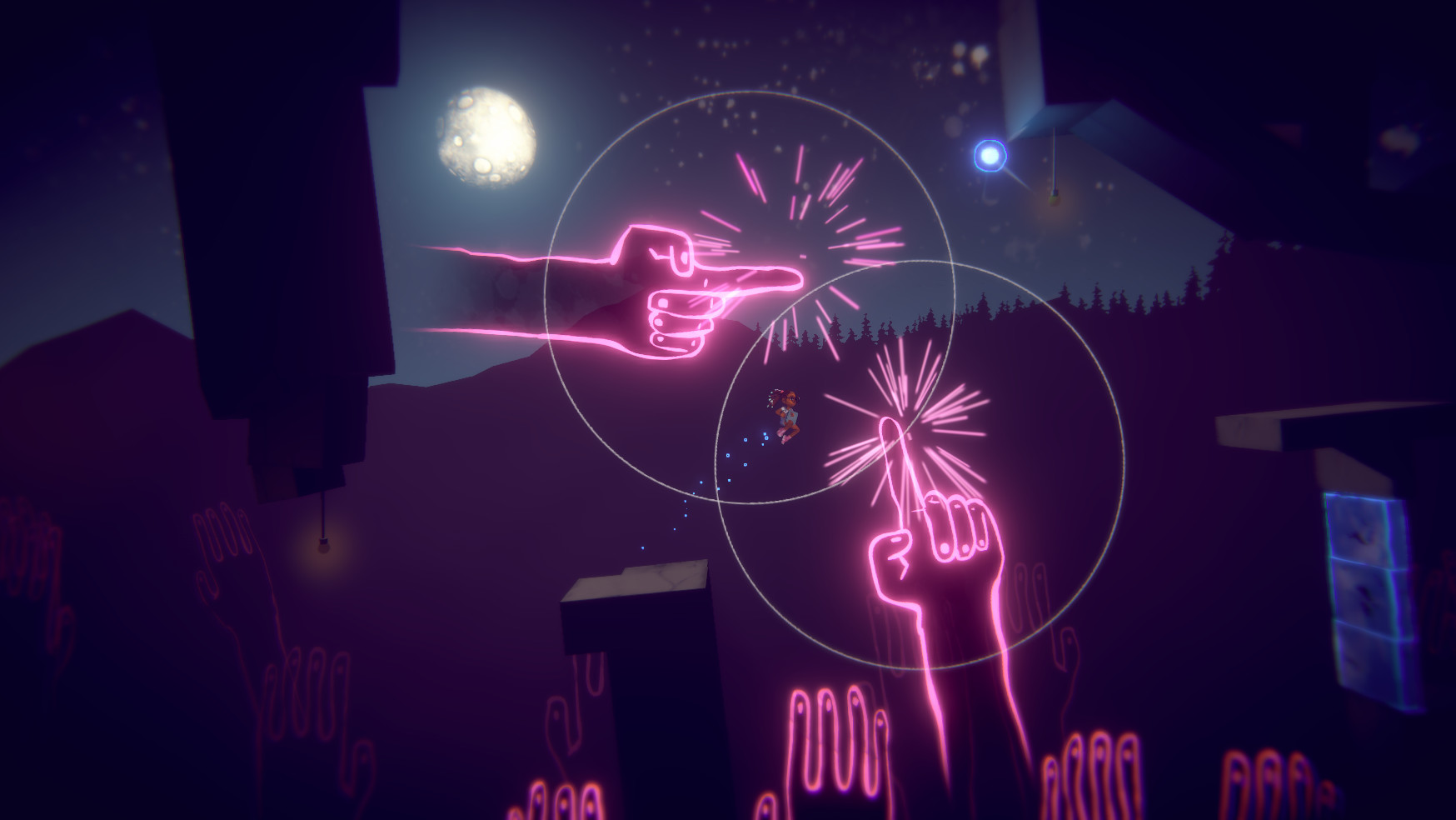 From there, you’ll be picking up a number of different items and learning more about Nyah’s life, her teacher, her grandmother and some genuinely fun memories she’s had with her mother. Of course, there’s also this strange light that allows Nyah to levitate by pulsing and attracting her to it. Curious. Overall, it makes for a memorable journey.

Not everything is great in the real world though. Her mother seems tired all the time, especially with Nyah’s baby sister Isa, taking over all her time. Eventually our hero becomes overwhelmed, lashing out at her mother and wanting to be left alone. It’s then that we’re transported to what seems to be Nyah’s inner psyche. A world of darkness and strangers where she must overcome various obstacles through ingenuity and that one guiding light.

Gameplay-wise, it’s an intriguing plight. The little light guiding Nyah is capable of levitating her but can also be used to swing across gaps. It can be moved around but any damage it takes will also cause Nyah to reset back to a checkpoint. There is a dual responsibility to managing both “characters” as it were, and timing the physics-based jumps with proper repositioning of the light can be a challenge. As it were, Little Bug‘s gameplay does quite a bit to stay fresh, offering new challenges – like shadowy strangers chasing Nyah and enormous shadowy hands across enormous gaps. 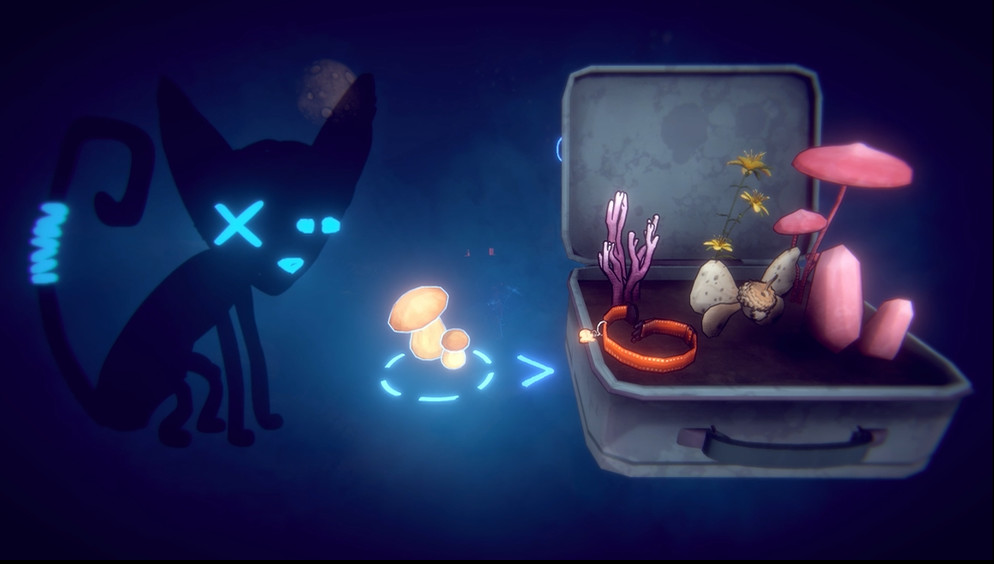 You can also pick up different items and stuff them into your lunch box. What’s interesting about these items is that they don’t necessarily do anything. They’re lore bits, reflecting on the memories that Nyah had with her grandmother, mother and teacher. Items can be sacrificed to that cat spirit from earlier, seemingly without any deeper purpose. But as you delver deeper into the story, it becomes obvious that Nyah isn’t just a bratty child that simply pines for the older days.

What’s most interesting about the world is this enormous, monstrous-looking entity that’s constantly chasing Nyah. By the end, we learn this entity is sad and simply wants Nyah to stay and be its own light. Nyah chastises this being, who essentially represents her mother, saying that she used to have her own light. And besides, would she even be lonely when she’s created such a massively vibrant world all around her?

After this, we essentially get a repeat of the beginning (minus the dead cat). Nyah returns to her apartment and meets her mother. The conversation is decidedly more vibrant and when her mother raises concerns over her daughter’s loitering, Nyah actually apologizes. It’s then we learn that Nyah’s mother is a witch. In fact, the entire family line is involved with magic and it’s Nyah’s time to learn. 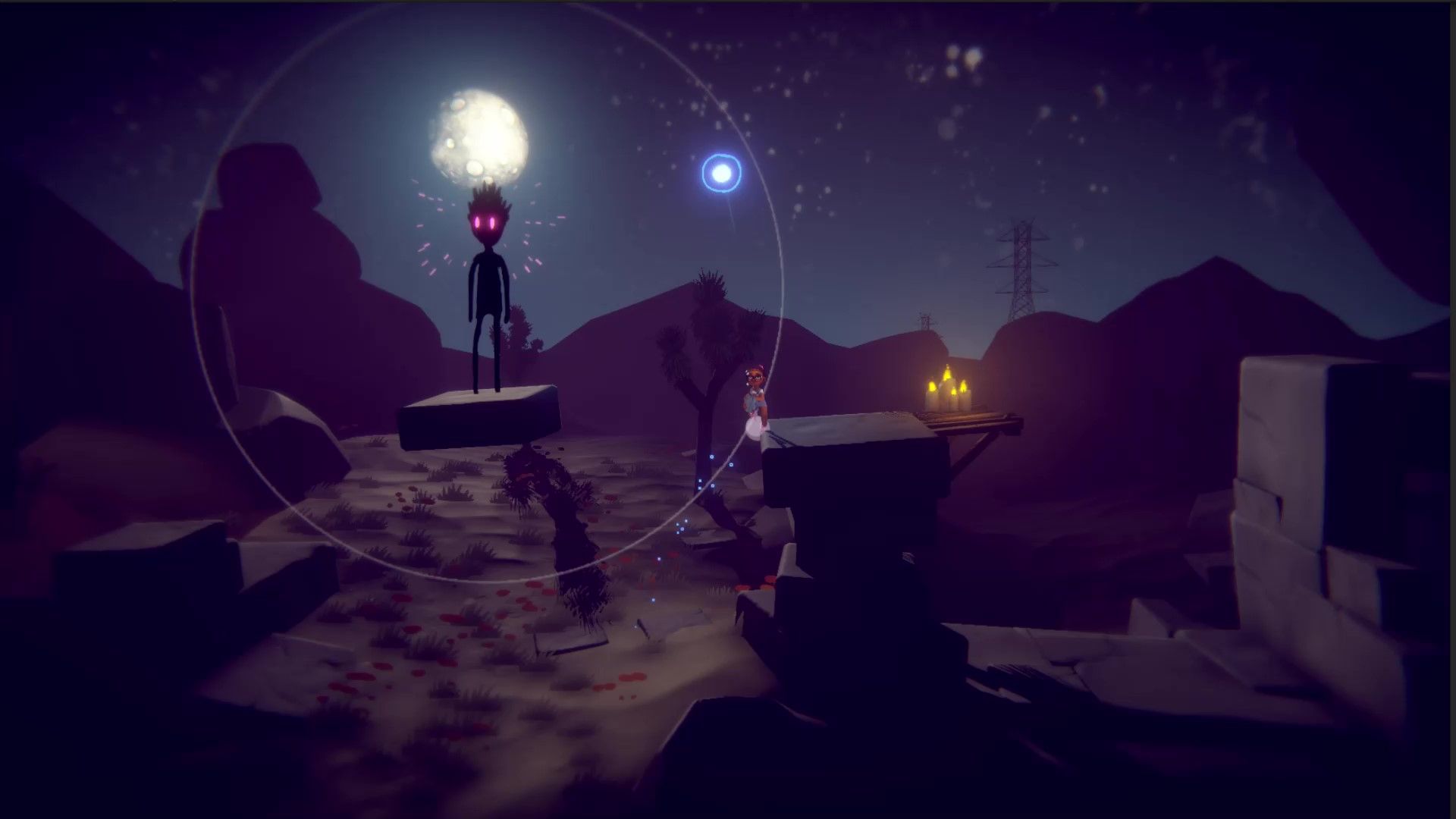 Maybe it’s a retelling of events. Perhaps it’s just further affirmation of Nyah’s imagination to see what she wants from the world rather than accepting it for what it really is. The game could still very much be taking place in her inner psyche at the end. We could also be seeing how Nyah really views the world – as something magical. The last possibility, that of magic actually existing and Nyah’s mother suddenly realizing this in order to reconnect with her daughter, seems the least likely.

Perhaps the best thing about Little Bug is that it could go either way. It’s laser-focused, not too overwhelming (though certainly challenging) and offers something to think about. By the end, this isn’t your average platforming experience.

The visuals are more whimsical than cutting edge with an art-style that’s playfully composed but still moody and dark. There’s an undercurrent of sinister dealings clashing with the joyous music at almost every turn. Nothing is ever fully explained but perhaps that’s the point. Little Bug could be framed in the context of both childhood and adulthood, as both a magical journey that presents a happy ending and a tale of accepting reality. Maybe it’s just a tale of family, connecting to each other and the world at large even when things seem dismal. Perhaps the truth is somewhere in between, waiting for someone to shine a light on it.