Tons of levels to play 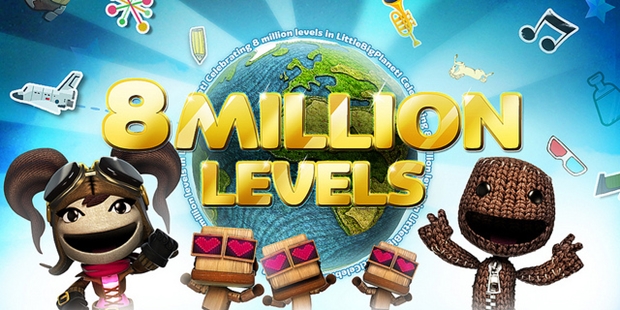 Sony has announced that the LittleBigPlanet franchise has reached a total of 8 million user-made levels via the Official PlayStation Blog. LittleBigPlanet is Sony’s one of the most innovative and exclusive titles for the PlayStation 3 and PlayStation Vita. The game just begs to be played by with creativity and smarts.

LittleBigPlanet was one of those games that was a surprise for the platform. The game was a critically acclaimed hit that spawned a sequel and a spin-off. It’s been quite some time now since the release of LittleBigPlanet 2, and many have been waiting for a sequel to show up. With the PlayStation 4 on the horizon, it’s an easy guess that the next game will be appear on Sony’s next-generation hardware.

Let us know if you’re still creating levels in LittleBigPlanet, in the comments section below.