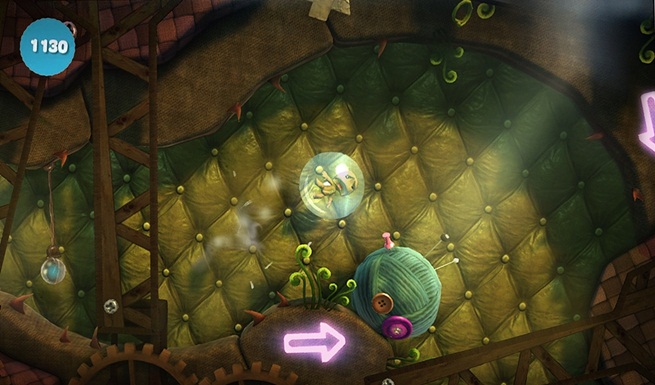 LittleBigPlanet Vita is going to be “bigger” than both the main installments of the franchise on the PS3, says Executive Producer Pete Smith.

“LittleBigPlanet [Vita] is bigger than LittleBigPlanet 1 and LittleBigPlanet 2,” Smith told NowGamer. “It’s got the full toolset from both games, it’s crazily big. And then we’ve got all of the sharing that you previously had, plus a whole set of new levels. That is gigantic on a handheld device. Smartphones can’t compete with that. They just can’t.”

They were originally about to make LBP Vita a cross platform game, released both on the Vita and PS3, thanks to the cross-play features between the two, but ultimately decided against it.

“At the start we thought long and hard about that, because initially we were thinking we could maybe port the game,” Smith said. “The more we started playing about with things, the more compromises we found we were going to have to make.

“What if you’re making a Vita version on PS3 and it’s got rear touch? How do you test that? What if I’ve created it on my Vita and it’s got front touch but it goes up on PS3? It’s not a port of the PS3 – LittleBigPlanet Vita is its own game.”

LittleBigPlanet Vita is a launch title for PS Vita when it releases in the west late February next year. Stay tuned for continued coverage.