Though games have emerged over the years claiming to be the next Diablo, Tuque Games’ Livelock is something different, functioning as a throwback to the twin-stick shooters of yore. What properly sets this post-apocalyptic game wherein players choose one of three cybernetic frames to battle hordes of corrupted robots? And where do the Diablo comparisons come from anyway?

GamingBolt spoke to lead game designer Kevin Neibert about the same and discussed the game’s story, the different abilities of the characters, what exactly Open Protocol mode is and more. Livelock is out on August 2nd for Xbox One, PS4 and PC. 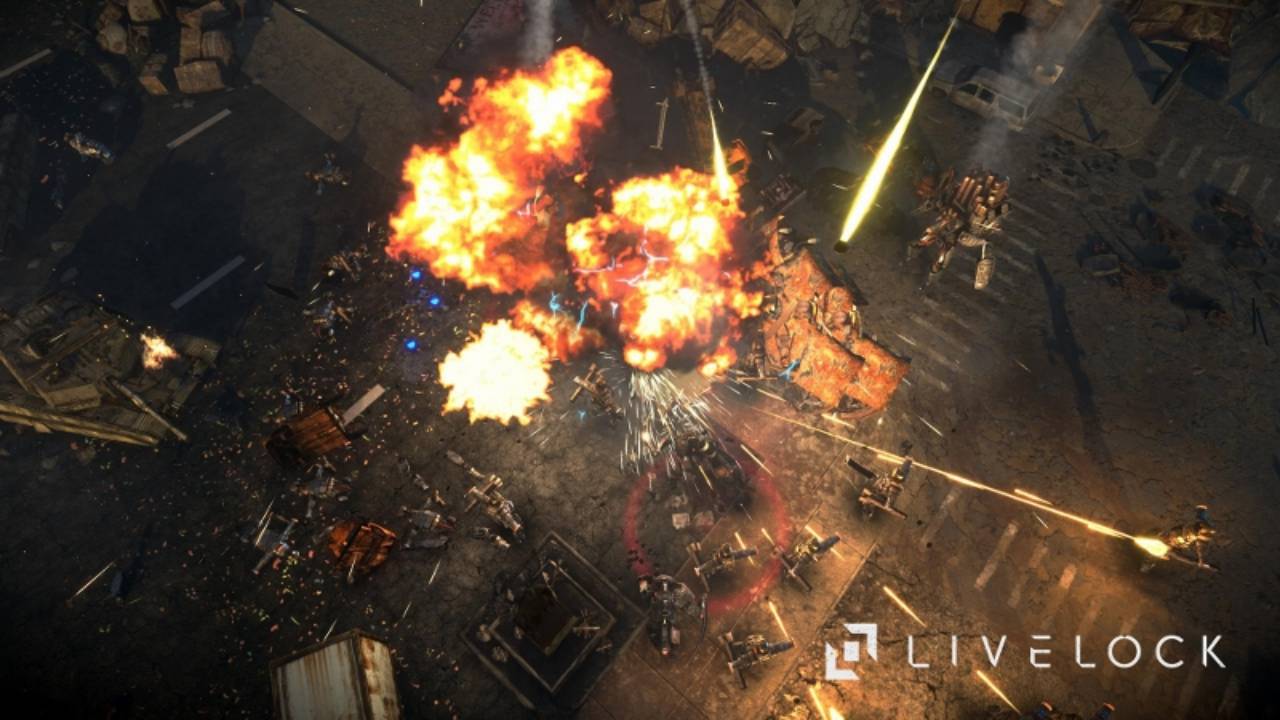 "As developers, we focused on building an enriched gameplay system where players can show off their mechanical and tactical skills."

The top-down shooter genre has gone through a strong revival through the years. What are your thoughts and how it applies to Livelock?

I think that people like to play games that are similar to those they grew up with. Now that the average gamer (and developer) is getting a bit older, I’m not surprised that we are seeing a strong resurgence of twin-stick, top-down shooter games. We are definitely inspired by classic twin-stick action shooters, but we’ve taken it to the next level with Livelock.

How deeply does the story of Livelock play into the game? Will there be in-game cut scenes or lore for players to collect or is it a straightforward experience?

The world of Livelock was detailed out with the help of New York Times bestselling author Daniel H. Wilson (Robopocalypse). Livelock has a rich back story that players will experience through dialogue and cut scenes throughout the Main Story Campaign. Players who want to have a deeper insight into the Livelock universe can hunt for hidden audio logs or decrypt Data Cards dropped by fallen enemies.

The game has been described as “less of a bullet hell top-down shooter and more about overcoming overwhelming odds”. Could you tell us about the mechanics that set Livelock apart from other top-down shooters?

Each enemy in the game has several different attacks to choose from based on the position of the player. Some enemies are extremely deadly up close, while others are much more dangerous at mid or long range. As you play, you will learn the enemy behaviors, how to avoid them or exploit them to your advantage. As developers, we focused on building an enriched gameplay system where players can show off their mechanical and tactical skills.

What kinds of weapons can we look forward to in Livelock?

Livelock has a wide range of weapon types; too many to mention all at once. Hex, a skilled marksman, excels in long range combat using assault rifles, and sniper style weapons. Vanguard, a heavily armored tank, shines in close combat while swinging a massive hammer, punching with oversized battle gauntlets or blasting with a shotgun. Catalyst, a support specialist, come fully equipped with a fusion welder that heals allies and damages enemy armor, a guided rocket launcher and lighting gun that chains damage between tightly packed enemies. 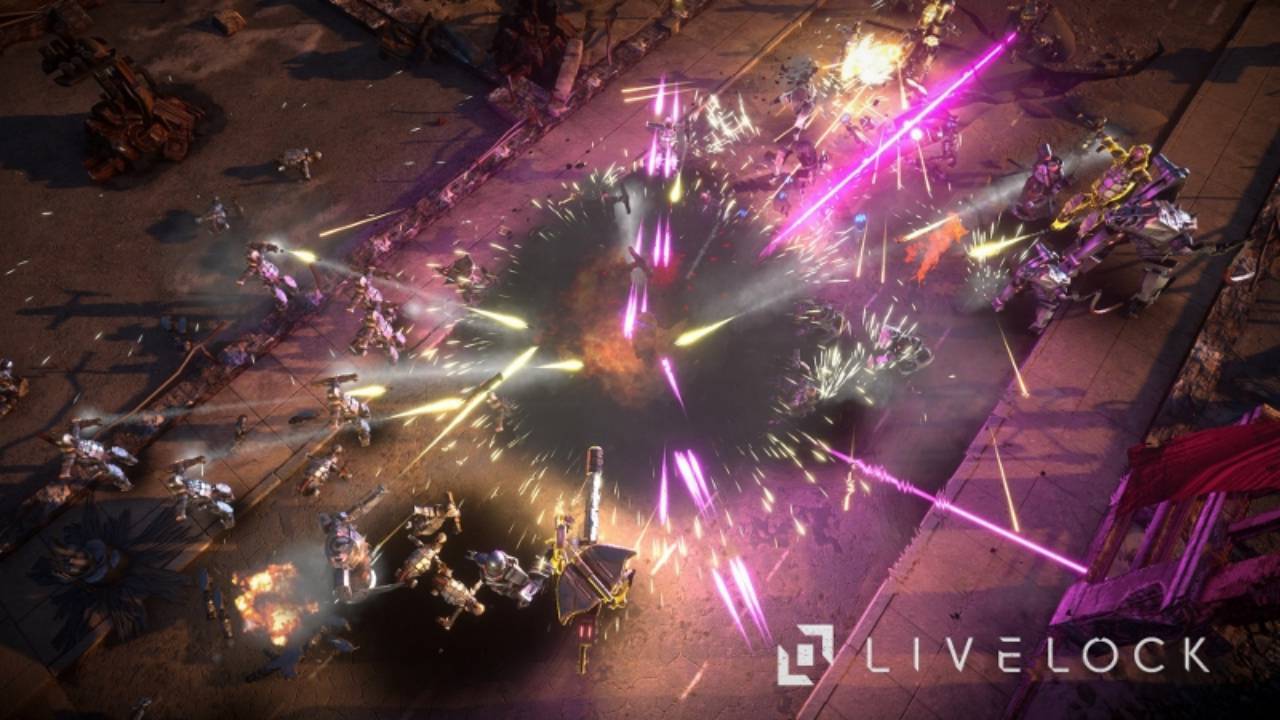 "We were certainly inspired by action-RPGs like Diablo, but I think classic twin-stick shooters had a greater influence."

Can you run down the basic differences between the playable characters? Will there be other characters to unlock in-game?

Livelock has 3 separate characters, each wielding 6 unique weapons and 5 special abilities called Functions. Our characters are inspired by the “holy trinity” of player archetypes: tank, ranged damage and support. We believe that new players will able to quickly identify with one of those 3 roles and have some familiarity with the core mechanics, which will help them learn and master their character throughout the game. All characters are available at the start of the game, and can be leveled up by playing missions to fully unlock all their weapons and functions.

Livelock has been compared to Diablo in some respects. What are your thoughts on the comparison?

We were certainly inspired by action-RPGs like Diablo, but I think classic twin-stick shooters had a greater influence. Players might be familiar with our upgraded enemy system that randomly pulls special abilities from a preset list of enemy traits. In contrast to Diablo, we have opted to focus on action and avoid downtime during gameplay by simplifying player progression and restricting character management to downtime between missions.

Along with the campaign, can we expect an Arcade mode or Endless mode?

Outside of the Main Campaign, we have an Arcade style game mode called Open Protocol. Open Protocol features a Survival Mission where players will have their skills pushed to the limit by endless hordes of corrupted machines. 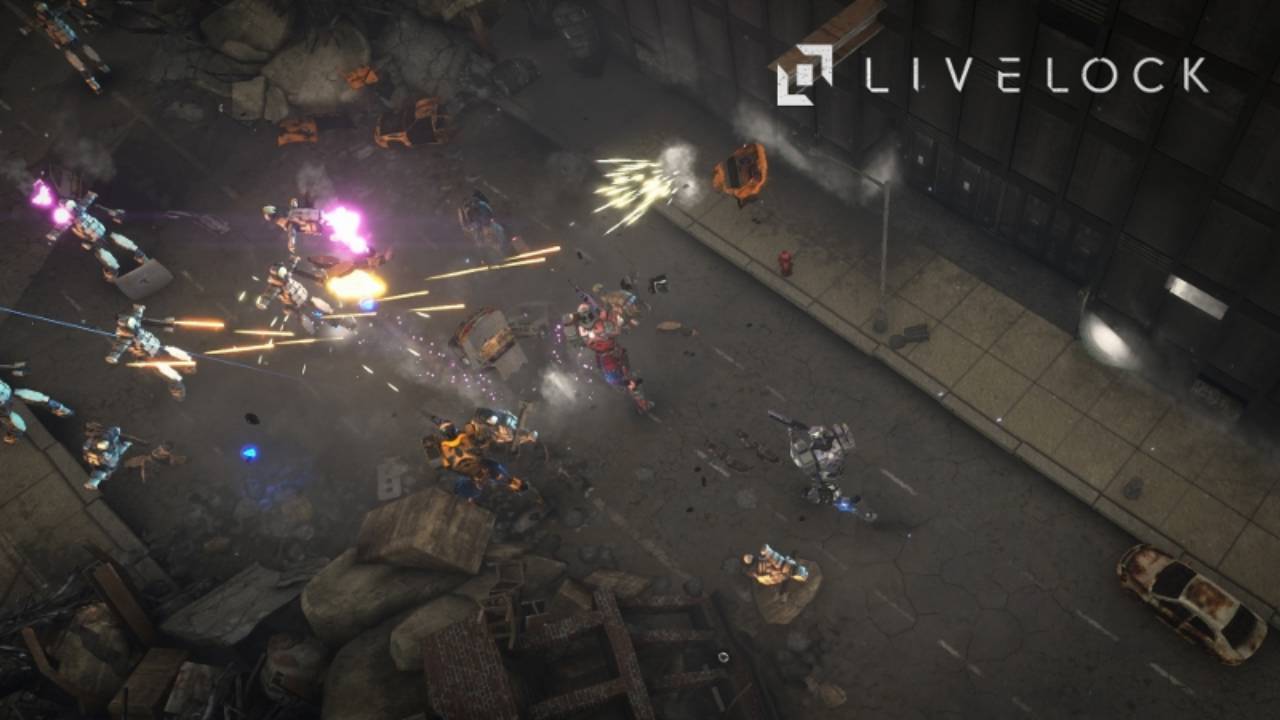 Livelock will support online co-op, but there are no plans for split-screen at this time.

How long do you estimate the campaign will last players? Are there secrets to discover and other reasons to revisit it (higher difficulties, for example)?

The Main Campaign unfolds across 22 different Story Missions, separated into 3 Acts.  Each Act features a different enemy faction that you must overcome to recover missing encryption keys to Eden, the hidden sanctuary of Humanity. Most missions contain secret areas that reward players with bonus resources and story driven audio logs. The Campaign should take players between 5-7 hours to complete, and it is repayable with 3 levels of difficulty.

When can we expect Livelock to arrive this year?