Loadout PS4 Interview: Edge of Reality’s Jason Heitman On What Lies Ahead For The Free To Play Shooter

Loadout is a free-to-play multiplayer game which was developed by Edge of Reality for PlayStation 4 and Windows platform. The game has been available on the latter for over a year and was recently released on the PlayStation 4. GamingBolt recently caught up with Edge of Reality’s community manager Jason Heitman to know what the company’s future plans are for the free to play shooter.

Rashid Sayed: Loadout saw an amazing reception to its customization, billions of weapons and carnage-filled gameplay on the PC. What inspired you to make it free to play, especially with such a crowded market on the PC for the same?

Jason Heitman: We wanted to make a game that was true to the roots of those who spearheaded the project. Many of us come from the fledgling era of shooters and wanted to pay homage to that era in our own chaotic way. As cliché as that may sound, it came down to building something that stood out due to its art and gameplay. The Free-To-Play concept stems from the success the market was seeing at the time, in terms of F2P titles. There’s a long story behind what Loadout was going to be and what it is now, but we’d need a longer sit down for that –ha, ha.

Rashid Sayed: What inspired the numerous weapon combinations, along with the arcade-style gameplay?

Jason Heitman: Giving people creative freedom. We want people to play the way they want and enjoy their specific style. Now it comes with its caveats that create difficulty in balancing and building off the types of play style that populates our game but all-in-all the premise was for creativity. The arcade-shooter nature of Loadout fits more so than a military shooter or a sci-fi shooter (though we were in part inspired by science fiction). 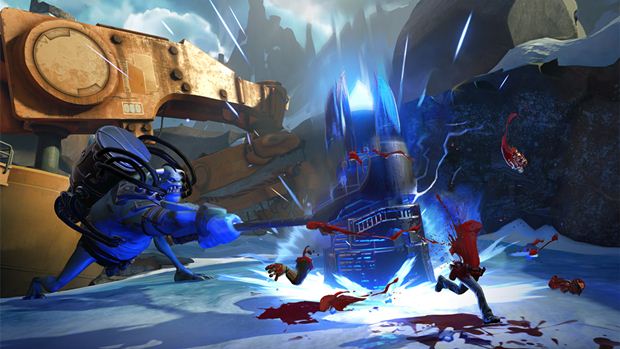 "Due to manpower, we can’t accommodate both at the same time, so we move through phases on each platform. The goal is to get Phase One out on PS4 and catch PC up in one blow."

Rashid Sayed: How will you add on to the campaign mode, which acts as a Horde mode for four players, with the PS4 version?

Jason Heitman: We want it to be the “beginning” for new players, a place where they can learn the ropes and earn something special for their time. Our team is working on building a story that fits into the why and how of the Loadout universe. Regardless, the main objective is to build in a natural progression that revolves around a story that prepares you for Arena. That could include boss battles, special modes that allow for progression over a match and more. Just depends on what we’re able to pull off while balancing the feature set for Arena and other parts of the game.

Rashid Sayed: Will there be any new maps or modes for the PS4 version? What other issues in the original PC release have been addressed in the lead-up to the console release?

Jason Heitman: Yes! Phase One Update slated for February will showcase potentially three new maps! We have more on the way and will begin to share those as they become available. As for issues with PC release compared with PS4, they tend to be difficult games in some respect. We fortunately learned much from our early server issues from PC, which helped tighten the experience on PS4. That said, each platform presents its own brand of challenges and it’s up to us to continually find ways to get through them, rather than just around them. It’s a major learning experience either way.

Rashid Sayed: Will the PS4 version of Loadout have updates and patches around the same time as the PC version?

Jason Heitman: Due to manpower, we can’t accommodate both at the same time, so we move through phases on each platform. The goal is to get Phase One out on PS4 and catch PC up in one blow. From there, it’s possible the two platforms function as different experiences due to the desires of each community.

Rashid Sayed: Is there a specific reason why Loadout is a PS4 console exclusive with the absence of an Xbox One version?

Jason Heitman: Sony has been very kind to us and has provided us with every opportunity to succeed due to their embrace of Indies and most importantly F2P games. That’s not to say we won’t ever make our way to Xbox One but right now we’re happy with the opportunity Sony has provided us with the PlayStation 4 and want to provide as much as we can for that PS4 player base. 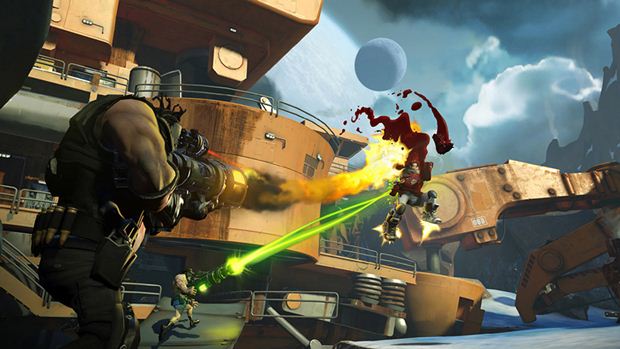 "You know, one of the best parts of being part of the PlayStation lineup is Sony is very calculated in what kind of title they incorporate into the F2P market. We’re all made to function successfully next to one another and effectively share the wealth."

Rashid Sayed: Many indie developers don’t appreciate Microsoft’s parity clause. What are your thoughts on the same?

Jason Heitman: I don’t really have any major thoughts on that parity clause. Whatever opportunity I’m presented, I’ll take it and run with it. I try not to worry about others decisions or judgments.

Rashid Sayed: The PS4 has had a very large influx of free to play titles in the past year since its launch. With games like PlanetSide 2 incoming, how will Loadout look to stand out at launch?

Jason Heitman: You know, one of the best parts of being part of the PlayStation lineup is Sony is very calculated in what kind of title they incorporate into the F2P market. We’re all made to function successfully next to one another and effectively share the wealth. We want Planetside 2 to be a success on PS4 because it only helps the rest of us in the F2P market. Plus, the guys at SOE are good folk.

Rashid Sayed: Is it safe to assume that Loadout will run at 1080p and 60fps on the PS4?

Jason Heitman: We couldn’t make this at launch but it is planned to be part of Phase One Update in February.

Rashid Sayed: Will Loadout on the PS4 support Remote Play on the PS Vita?

Jason Heitman: Yes it does! However there are some adjustments we need to make for it, as the default control scheme doesn’t exactly accommodate shooters.

Rashid Sayed: Will you be taking advantage of other unique features of the PS4 like the light bar or touchpad?

Jason Heitman: For now, the only thing the touchpad does is control the scoreboard. Maybe more in the future?