Lootboxes Done Bad Are A Disaster, A PR Disaster And A Gameplay Disaster – Rebellion CEO 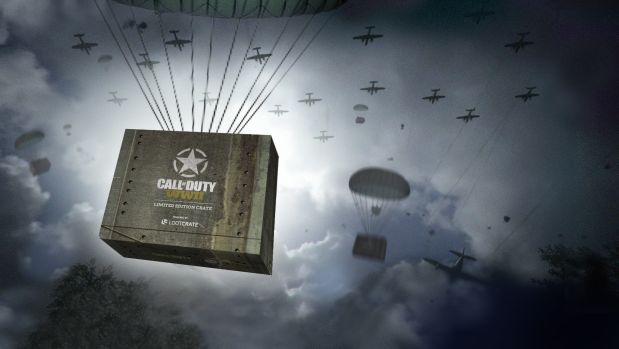 Loot boxes have rapidly become the corn syrup of gaming, where the bad PR associated with them has become so toxic that most consumers are now staying away from anything that has them, causing most publishers and developers to eschew them too. This comes on the heels of many loot box fueled controversies last year- Shadow of War, Forza Motorsport 7, Call of Duty: WW2, Destiny 2, and, most memorably, Star Wars Battlefront 2. As of right now, it seems like new full priced games are shying away from the concept.

Speaking to the Official Xbox Magazine in their May Issue #163, Jason Kingsley, CEO of Rebellion, spoke about loot boxes from a developer and publisher point of view, noting the toxicity surrounding the very concept at this point.

“I think the idea of giving players more cool stuff to consume in a game is good,” Kingsley said. “The idea of being able to buy wins is bad- I think it’s intrinsically against the nature of games. It sees unfair. It would be like having a football match in which one side can pay more money to have 13 players, you know? Loot boxes done really badly are a disaster- they’re a PR disaster they’re a gameplay disaster, they’re a disaster in every way possible, and they undermine the value of a game. So I think we’re in that awkward phase of a new business model that is kind of flailing around trying to find a good place. There are some good implementations of loot boxes that everybody’s okay with, and there are some terrible implementations that a large number of people are not okay with.”

Kingsley’s further added that for now, Rebellion has no plans to add loot boxes to its game (Strange Brigade), and it hopes that the quality of the game is enough to induce consumers to stick with it and pay more if they feel like it, and that’s great. I agree with him on that, and I agree with some of his larger sentiment. But there are things he said I still don’t agree with.

I don’t agree that there is any loot box implementation that is good. Notably, microtransactions, fine, his arguments apply for those. But loot boxes are inherently about randomized purchases. You are putting in money for a chance to get something you want- there is no implementation of that that makes it okay. Kingsley’s argument holds more water if you swap out “loot boxes” with “microtransactions”, which maybe is what he was getting at- but the rage against loot boxes is, in very large part, founded in their random nature. No implementation of taking a player’s money and then maybe giving them what they want is acceptable, I am sorry.

You can check out the full story for the game in Official Xbox Magazine. You can subscribe to the latest OXM magazine over here.