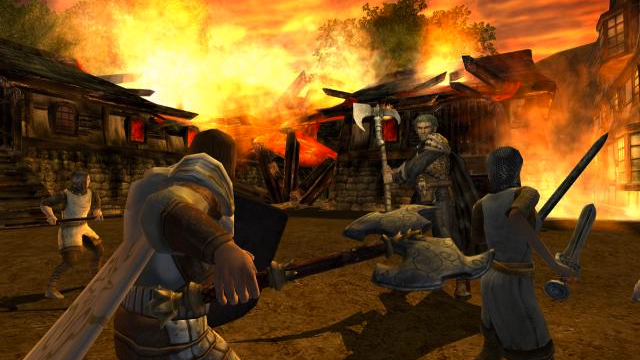 Remember how enthusiastic we were to report that Ken Rolston, lead designer of both the Elder Scrolls and Kingdoms of Amalur titles, had found new employment at Lords of the Rings Online developer Turbine after layoffs from 38 Studios? Well, that enthusiasm might have been short-lived, as it’s recently been reported that Turbine is facing layoffs as well.

Speaking to GIBiz, a representative stated that, “As part of the continual review of our business operations and fluctuating market conditions, we have had to make reductions in our Turbine workforce. The group continues to remain an integral part of Warner Bros. Interactive Entertainment.”

So while they won’t be going out of business just yet, it’s somewhat worrying that no matter where gaming industry professionals go, they’ll never find true job security. The gaming industry is turning into a very high-pressure environment where even the biggest AAA titles have failed to make returns, while mediocre titles like Resident Evil 6 thrive. Hopefully, Rolston’s new tenure will be long and prosperous despite these troubles.