City Interactive has officially announced their next-generation upcoming RPG – Lords of the Fallen.

According to the press release information below Lords of the Fallen will be a next-generation hardcore action-RPG that will have advanced combat features, interesting class skill trees and will be set in a deep and immersive fantasy experience. In the game players will take control of a human hero named Harkyn, Harkyn will be fighting against some sort of supernatural force and will journey across the entire world during his epic quest.

Here are some details from the press release: 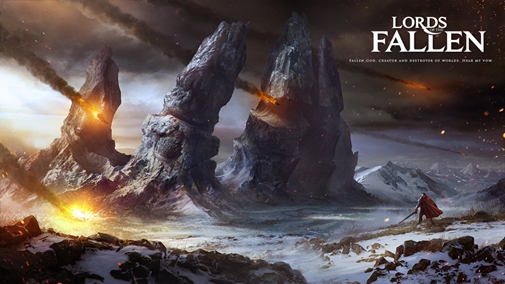 “Lords of the Fallen is a hardcore action-RPG featuring an advanced combat systems and robust class skill trees. Set in a richly created fantasy world, players will take on the role of a human named Harkyn who sets out on a quest to stand against an apparently unstoppable supernatural force. Players travel across a world that is deeply dived by those that follow and others that resist. Along their journey they will be faced with a series of decisions that will alter both the world and their character thus dramatically impacting the storyline.

Playable version of Lords of the Fallen will be presented live at the Electronic Entertainment Expo in Los Angeles, California at the Los Angeles Convention Center from June 11-13, 2013.”

Let us know if Lords of the Fallen has peeked your interest in the comments below.

Check back on GamingBolt for more updates regarding this new IP and E3 media in the coming weeks.