They’ve got every single intriguing – and batty – idea covered. 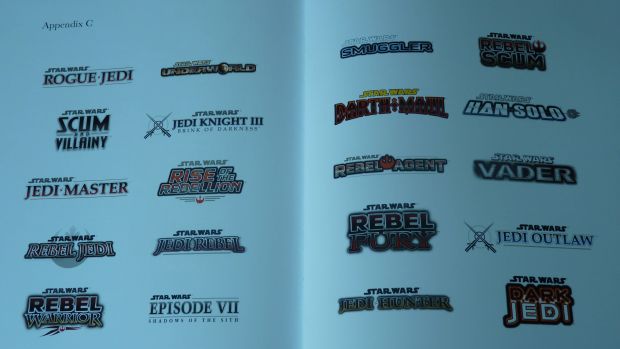 The book “Rogue Leaders: The Story of Lucas Arts” by Rob Smith is a rather amazing read. It’s filled to the brim with information on the company, from its origins to the games it created that would become mega hits such as Grim Fandango, The Monkey Island series, and many more. However, it also contains some information we hadn’t know about till now.

Namely, just how many Star Wars games that Lucas Arts had in mind, which never came to fruition. The screenshot above shows just that, and there are names as diverse as Rebel Jedi and Jedi Rebel, intriguing like Han Solo and Darth Maul, outright baffling like Rebel Scum, Underworld and Scum and Villainy, and outright hits like Episode VII: Shadows of the Sith that could’ve been.

Alas, they weren’t, for whatever reason. Even before Lucas Arts was bought by Disney, the studio ceased interest in making many original Star Wars games. Nonetheless, the legacy lives on as games like Star Wars: Battlefront, developed by DICE, will be out in the near future.