The "richly cinematic" action-adventure title will be an original story set in the universe. More details coming when "the time is right."

Fans seem to think they have found evidence of Kingdom Hearts 4 featuring a world based on Star Wars, which is also owned by Disney. 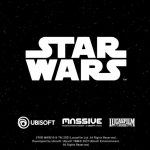 Insider Tom Henderson says that it's "probably the furthest title from release" and could arrive in 2025 "at the earliest."

A new report quashes hopes of a Star Wars Battlefront 3, and states that EA will be focusing on its own IP once Respawn's three Star Wars games are out.

Journalist Jeff Grubb says the action-adventure title is "ready to be announced soon", and a reveal is expected before the end of the year.

Steam Kicks Off Golden Week Sale, Runs Through May 6th

Tons of Japanese games are on sale.