Luigi’s Mansion 2 to get multiplayer

Posted By Kartik Mudgal | On 25th, Jan. 2013 Under News | Follow This Author @KartikMdgl 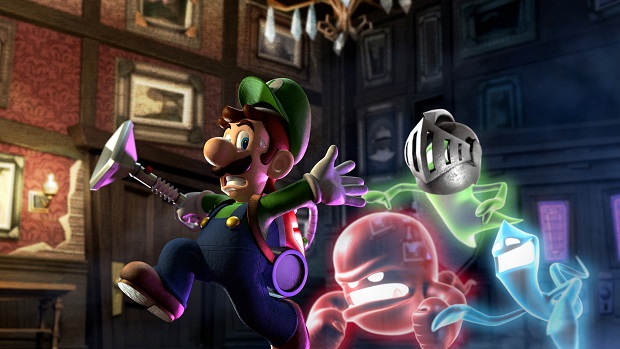 Luigi’s Mansion 2 will have multiplayer Nintendo has finally officially revealed. The game will be available on the Nintendo 3DS in March. It is also the first game in the series to feature a local and online multiplayer mode.

Up to four players can join up and journey into the Scarescraper jam-packed with paranormal creatures. In Hunter Mode, each player controls a different colour Luigi and is challenged to hunt down ghosts and use effective teamwork to clear each floor of the tower before the clock strikes zero.

Just a few days back, we had reported that the game will have multiplayer and now Nintendo has sent out an official press release for the same as well as the new video which you can check below.

It has also been revealed that bonuses and upgrades can be earned depending on how well the team performs, helping to get the ghost-hunting team to the boss battles awaiting at the top of each tower. You  can choose the number of floors in this mode ranging from 5, 10 or 25. Difficulty is changeable and fallen players can be revived.

The 3DS version is supposed feature a tough solo campaign. Tell us what you think in the comments section below.