Madden 17 Gameplay Trailer Wants You to “Play the Moments”

New commentary team and “most balanced gameplay” yet touted. 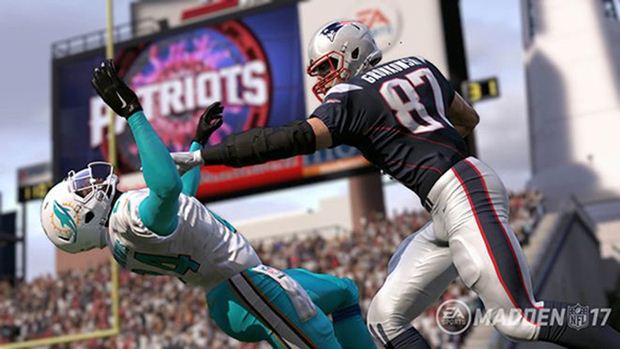 EA showcase the next iteration of Madden with Madden NFL 17 and it was promised to be the “most balanced” gameplay-wise till date. Premier, Challenger and EA Major events were touted for online play with EA Major offering large broadcasts for competition.

The biggest new feature this year is Play the Moments which allows players to jump into the milestones of matches and simulate the most important moments. For example, how will you fare when making drives through the red zone? Along with shorter games, the mode will allow for players to simulate an entire season, all the way through the Superbowl, in the span of a weekend. It’s still possible to experience complete matchups but you can choose to play those moments whenever you feel like.

Madden NFL 17 promises the deepest Franchise mode till date with a new commentary team as well. What are your thoughts on its appearance? Let us know in the comments below and stay tuned for more information in the coming months. Madden NFL 17 is out on August 23rd for PS4, Xbox One, Xbox 360 and PS3.