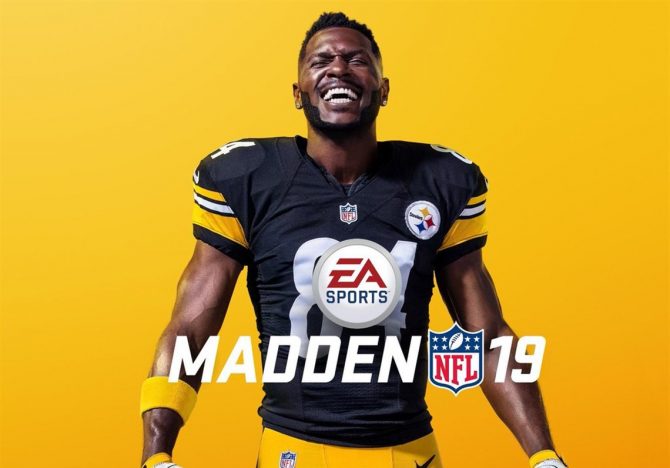 The lumbering machine known as EA Sports is about to churn out the next year’s sports refreshes to the surprise of nobody, including Madden NFL 19 giving players a chance to live out their fantasy dreams of going for the Super Bowl. While the publisher announced the cover athlete for the Hall of Fame Edition would be Terrell Owens months ago, we’re just now learning who will be on the standard copy.

The famed Wide Receiver for the Pittsburgh Steelers, Antonio Brown will have his grinning mug plastered across each and every standard copy of Madden NFL 19. A short video below from EA Sports announced the choice through a celebration video about Brown, which you can see below.

Since his career began in 2010, Brown has been an unstoppable force, earning many accolades and adoring fans. His accomplishments make him one of the best players in the league right now, and a strong contender for a spot in the Canton, Ohio Pro Football Hall Of Fame.  You can kick off your career on August 10 for PS4, Xbox One and PC. Yes, the PC after many years of skipping the platform.