Relocating teams is possible in the returning Franchise Mode - check out how to do it. You can also learn more about acquiring lots of Coins. 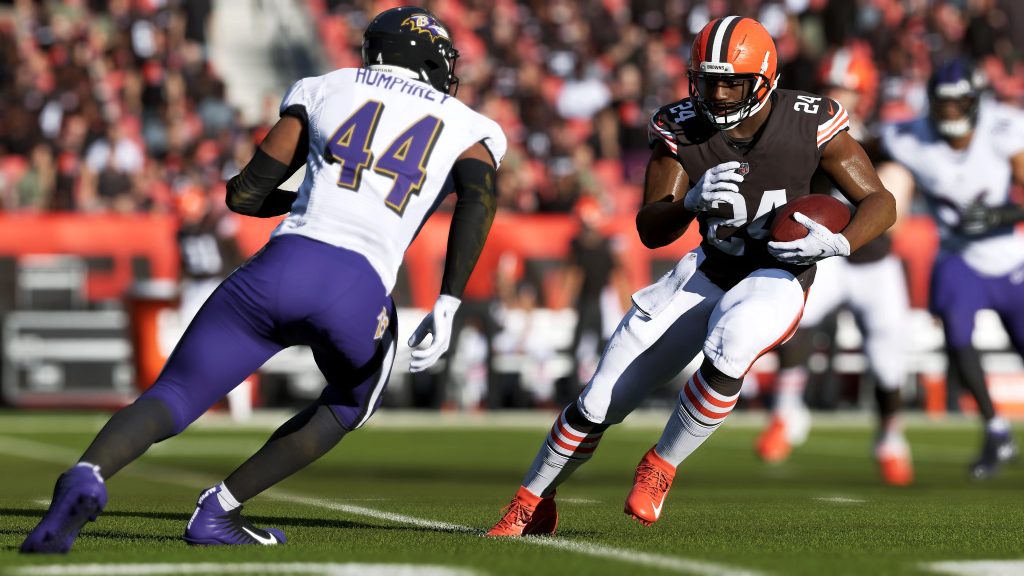 Madden NFL 23 continues the series’ tradition of being…something, if not great. You can check out our review here for more details, but one good thing is the return of Franchise Mode. This time around, it allows for relocating a team and even more ways to create a franchise. But how do you do it?

First off, you must be playing as an Owner and not a Coach or Player. Select “Everyone (Can Relocate)” in the League Settings at the start. The team won’t relocate in the first year, so bide your time. Once you’re the Owner, go to “Manage Team” in the Main Menu and then select “Stadium.” Choose “Relocate,” and in a few weeks, the “Start Relocation” message should pop up.

In the subsequent weeks, you’ll be able to select the team name and logo, a design for uniforms and finally, the stadium design. When selecting a stadium, you have the option of a cheaper or more expensive stadium. While the former is good for saving money, the latter will earn more in the future. Take these into account when selecting. Once done, the relocation should be complete by the end of the season.

Of course, where you relocate your team is also important. Choosing the market size (which determines the funds received) and the personality of the fans (which affects how much they’ll support you) is also important. Take a look at all of the different cities that you can relocate to:

How to Earn Coins

Coins in Madden NFL 23 are the currency used to purchase Packs for Cards but can also be used to purchase Cards directly. You can’t buy Coins with real money unless you want to risk being banned or having account information stolen. Coins are doled out when logging in each day, but there are reliable ways to farm them.

First up is completing solo challenges, which reward more Coins based on their difficulty. The second, and arguably most lucrative, is to sell whatever items and Cards you have with Quick Selling. Though it won’t net the most profit, it’s recommended for less valuable cards that won’t fetch as much in the Auction House. You also can’t sell some Cards bound to you (as indicated by the “BND” icon on them), but can Quick Sell them.

If you’re looking to play the Auction House, then keep an eye on good Cards being sold for low prices. Then when the Card becomes valuable later, sell it for profit.