Now you properly rub your victory in your opponent's face. 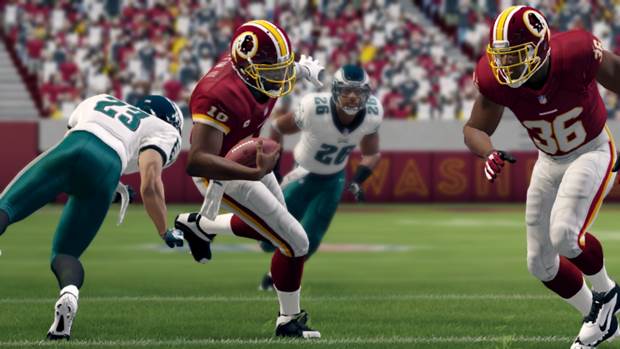 A new title update has arrived for EA Sports’ Madden NFL 25, and the changes have been detailed in a new post on the developer’s blog. Some of the changes include reducing the frequency of in-game injuries, fixing solo challenge bugs, reinstating touchdown celebrations for online modes and much more. You can check out all the fixes below. EA has stated that the patch will be “coming soon” for Xbox 360 and PS3 players.

General Updates
– Improved stability in all game modes.
– Fixed an issue with Gameface, which made eyes render gray.

Gameplay
– Tuned in-game injuries which were occurring too frequently.
– Tuned pull blocking in various scenarios on the offensive line.
– Tuned down broken tackles when using the Truck Stick.
– Fixed an issue with toss/sweep plays when game speed was set to Slow