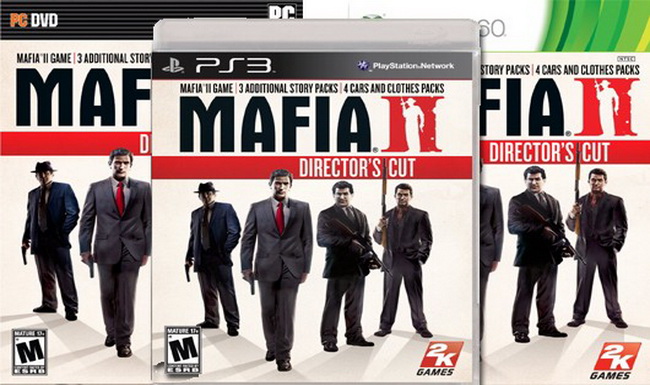 Looks like 2K Games is planning to a release a Director’s Cut version of Mafia 2.

A listing over at retailer, Amazon’s website has all but confirmed that such a version is very much on the cards.

As you can see the listing reveals the cover art for the game and it mentions that it’s coming to all three platforms which the game released on.

The version is most likely to ship with all three DLC packs released for the game so far.

The price listing for the game is obviously fake as 2K Games won’t ever sell the whole lot for as low as $29.99. But, what if it’s true!!!

Regardless, it would make for a pretty good deal for those who are yet to purchase the game.