The year 2010 saw a lot of great shooters launch on their respective platforms. Vanquish and Halo Reach to name a few. But one that is rarely brought up much today is MAG for the PlayStation 3. With MechWarrior 3 and Crimson Skies under their belt, Zipper Interactive definitely set their sights high on this one with a first-person shooter that was promised to feature modern graphics, tight controls, and massive online matches with over 200 players at once in some modes.

The game, surprisingly, mostly delivered on its promises with those characteristics largely being brought to fruition. The graphics and presentation, while far from stupendous, were adequate all things considered, and the gameplay had that finely-tuned feel that required skill on the part of the player to be optimally efficient. Maps were also nice with lots of elevation and diversity that encouraged skirmishes between bunches of players at every turn. They never really reached the heights of some of the Battlefield series’ maps, but they came close enough to deliver a fun experience to those who gave it a chance. As an online-focused experience, MAG featured several modes such as factions, which put two teams of 64 players against each other in a capture-the-flag sort of mission, Sabotage, with two teams of 32 players in a capture-and-hold game that would end with one team trying to take the other team’s base, as well as a handful of other modes that used its massive lobby potential to great effect. And for a short while, it was a sight to behold it working out with so many players on the same map together in a video game in 2010.

MAG was received relatively well by critics for that massive online capability as well as it’s good controls and leveling systems. There were some gripes here and there about bugs and a somewhat bland feel for the overall tone of the game, but overall opinions of the game were pretty good with a lot of 7s and 8s across the board. The game even sold relatively well for a short time, making it look like yet another success story for the PS3 ecosystem. What MAG was not particularly well prepared for though, was that 2010 was a year with a lot of other great shooters. Battlefield Bad Company 2 which would have a massive chunk of the online first-person shooter fanbase locked up upon its launch, as well as Halo Reach which of course would take much of the spotlight away from any other shooter at the time, especially for those gamers who owned both PS3’s and 360’s. I mean, if 2010 you had a choice between the new Halo game, the new battlefield game, or some newcomer called MAG, what would you choose? MAG was by all means a competent game with plenty to offer its players, but unfortunately it just didn’t pop off the shelves when it was contrasted with other games in the franchise that had much more of an identity as well as massive built-in audiences.

MAG was just outmatched in basically every way, and its short window of existing without major competition was not enough time for it to solidify its own audience, nor were its massive lobbies enough to set it apart from its competition on a conceptual level. Unfortunately, MAG would end up in bargain bins very shortly. Now it’s one of the PS3’s least sought-after games with there being essentially nothing to do with it given that it’s servers are long since shut down. It’s a shame that such an ambitious project had to give way to the whims and harshness of the gaming space, but at the end of the day, players are going to go where they think other players are going to go. Especially with multiplayer games but it’s also the fact that most people don’t buy every game that comes out. Especially with the casual shooter audience, where usually, only one or two games are left standing once the dust settles every year. This is magnified even more by the game’s reliance on its multiplayer modes. With no campaign, MAG went all-in on multiplayer functionality. It was a bold gamble, and one that sadly MAG ultimately would lose.

So where would a MAG 2 fit in today’s gaming landscape? Well, it’s certainly no secret that Sony has wanted their own flagship shooter franchise for a long time. Killzone certainly came close in some ways, but Sony has never really been able to get something as substantial as Halo off the ground. MAG was clearly another attempt at this, and despite Zipper Interactives valiant strides in this area, Sony shut them down shortly after MAG failed. They did their best with Unit 13 on the Vita, but sadly neither of those really took off either, so Zipper was defunct in 2012 in an effort to re-align Sony’s resources. Given that the developer is gone, it’s hard to say if a MAG 2 would ever really be a thing, especially considering that the entire PS4 generation, which was wildly successful, still wasn’t a friendly-enough environment for Sony to want to take a risk on that IP. Sony seems to be more keen on just supporting the hell out of games like Destiny and Call of Duty with exclusive betas, DLC, and marketing rights for now, and I can see why that seems like the safer, more profitable strategy. 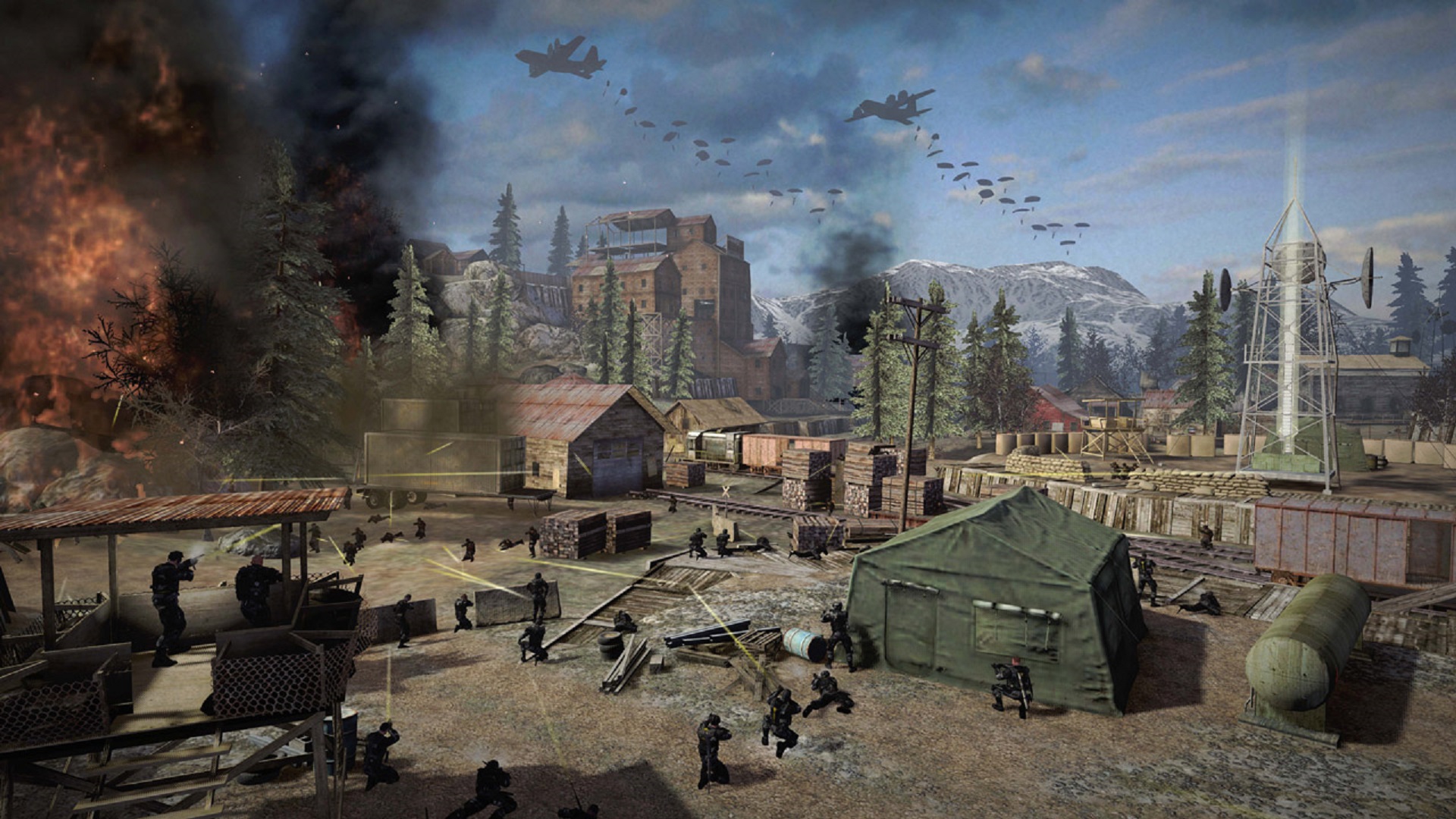 Still, the allure of a super successful shooter franchise for PlayStation doesn’t seem to have totally waned over at Sony. With Guerilla hiring for a new team to work on “networked gaming” and other acquisitions and diversifications surely on the way, they may finally get their wish of having a Halo equivalent in the ecosystem one day. That said, it probably won’t be MAG 2. If Sony were to dig into any of its previous FPS IPs in an effort to make something today, Killzone and Resistance would likely be better picks due to the relevance they still have with many gamers new and old. It’s never fun to hear for fans of MAG, but the odds are not looking good for a sequel to the little shooter that could. To put even more salt in the wound, we should also remember that the Battle Royale craze has already come and likely seen its peak in popularity with games like Fortnite. For another MAG to come out it would need something a little more than the “we have giant lobbies” hook. That was pretty cool ten years ago but wouldn’t really be very impressive today.

Whatever happens or doesn’t happen with MAG going forward, it’ll always be a game that is remembered fondly by those that really gave it a chance way back in 2010. It was ambitious and surprisingly well-made all things considered. Despite it not really amounting to what it was clearly trying to, MAG was a fun experiment if nothing else. And perhaps a fun memory is what its better off staying.