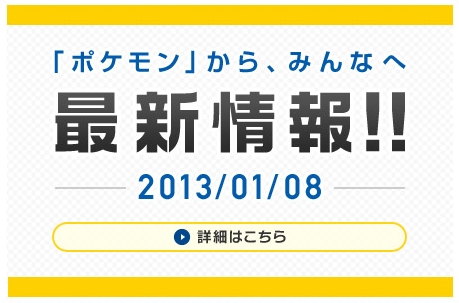 Nintendo and The Pokemon Company have said that some “big news” related to Pokemon is coming our way very soon.

According to a Tweet by The Pokemon Company’s official Twitter page and the official Japanese site for the game series, a major announcement for Pokemon is coming on January 8, which is three days from now.

The tweet by The Pokemon Company reads: “Pokemon fans, mark your calendars! Check Pokemon.com on January 8th for some big news!” 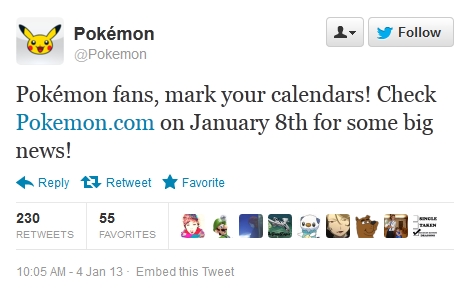 Well, this is exciting news indeed. This could be anything. Pokemon Mystery Dunngeos: Gates to Infinity just recently got announced for a western release on the 3DS, and there’s a special edition Pokemon 3DS coming soon as well, so Nintendo cannot be announcing a Pokemon spinoff or accessory and hyping it like this, because that would be stupid and cruel.

It is possible that this could be the next major Pokemon game, tailor-made for the 3DS. Or, maybe it’s a 3DS exclusive Pokemon Ruby/Sapphire remake. That would be great too.

Whatever it is, we doubt it will be on the DS.

Stay tuned, we will jeep you updated.