Man of Medan Guide: How to Get All Life Bearings and The Best Ending

Find out how to make all the right choices and get the best possible ending. 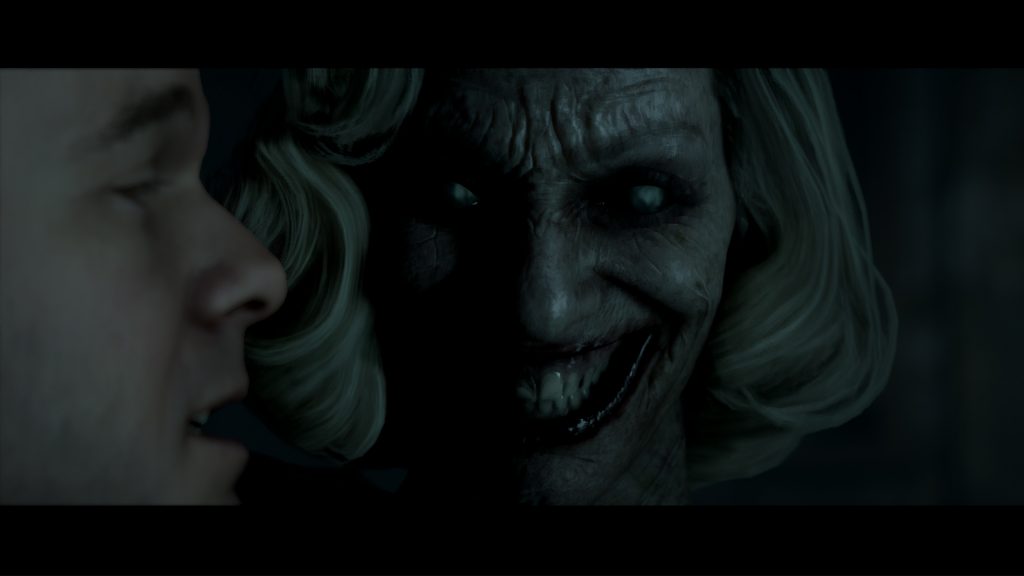 Much like Supermassive’s Until Dawn, Man of Medan is all about making choices, with consequences that could decide the life and/or death of its characters. While witnessing a character’s death might make a past alternative choice appealing, which decision do you change.

Head to the Life Bearings section in your character menu and it will showcase eight major plot points that can have an impact on the story. While the Life Bearings won’t tell you exactly what to do, we’ve assembled a handy guide for each condition (and how to get the best possible ending). Let’s take a look and remember: Major spoilers lie ahead.

When the pirates kidnap the main cast in the beginning, Conrad will devise a plan to use the pirate’s speedboat to escape. Don’t follow his plan – instead, grab a weapon when climbing through the window. This will lead to Conrad and Olson having a scuffle but it results in the former being disarmed and taken below. Not bringing the stick on the dive and using it to pry open the wreck’s door will result in it being a weapon so keep that in mind. Otherwise, congratulations – Conrad has survived and you’ve unlocked your first Life Bearing.

One of the easier Life Bearings involves Alex proposing to Julia. When Alex tells Brad about his plan, Brad simply has to say “yes” to proposing and choose the second option to not.

When investigating the wreck underwater, Alex and Julia will spot some explosions. Instead of rushing back to the surface immediately, have Julia listen to Alex and decompress before emerging. This will result in Julia being saved from getting the bends later.

Ships in the Night

Want to prevent Fliss and Brad from potentially murdering each other on the ship? When playing as Brad, either don’t pick up the giant spanner or choose to dodge in the QTE sequence instead of attack when meeting Fliss. This will result in Brad escaping and both characters surviving.

Fliss just can’t stay out of trouble but this time it’s Alex that’s the threat. Alex might be armed at this point and could potentially kill Fliss since he perceives her as a monster. To prevent this, while playing as Alex, don’t pick up the knife, whether from the kitchen or the later cells. The other option as Alex is not to attack the monster aka Fliss when the QTE interaction pops up.

There’s a radio on board the haunted ship and while you could send out a call for help, that will result in you being arrested (or shot if the military gets the name of the ship). However, leave the Duke of Milan on and take care of the distributor cap. You can radio for the military but before they arrive, take the boat and leave.

Upon locating Junior, he’ll be in a bit of fitful state. To save him – because that’s the point of this Life Bearing – get the rebreather from the engine room as Alex and Julia beforehand. When Olson starts chasing you in the Flooded Cargo Hold, make sure not to fail the adjoining QTEs or you’ll drop the rebreather. Reach Junior, use the rebreather and he’ll slowly come to his senses.

A vital part of the happy ending is to pick up the distributor cap and ensure it’s not destroyed. As Alex, head down a deck and you’ll find it on Olson’s body. There’s a QTE sequence involved rats that can’t be failed or else, Alex will die. Once you get the distributor cap, start the Duke of Milan and you’re off the ship.

So keeping all of this in mind, how do you get the best possible ending? First, have Alex propose to Julia and make that she survives the dive by not heading to the surface immediately and decompressing instead. Ensure that Conrad doesn’t steal the pirate’s speedboat either.

In the mission Intrusion, ensure that Brad is hidden on the ship. In Finding Friends, Brad needs to find the gas mask. When Fliss and Brad are under threat, make sure they aren’t killed by the rest of the cast.

In the mission Ritual, have Fliss head outside and breath fresh air. Speaking of which, get the rebreather as Alex and Julia, and use it to save Junior. Finally, when in the Lower Decks, make sure you find Danny’s body and get the wedding ring back for Julia. Get that distributor cap, board the Duke of Milan and it’s a happy ending for everyone.