A really strong core mechanic, let down by next to nothing surrounding it.

Mantis Burn Racing might not be proof that there are no new ideas, but at least the game is confirming to me that it takes more than one really strong mechanic to go above and beyond. An overhead racing game isn’t really a bad idea; I haven’t seen one of those get any attention since Motorstorm RC.

I do need to immediately give credit to the talented VooFoo studios where it’s due. The mechanics of controlling your car and drifting it cleanly through the racing line are simply spot on. They’ve nailed the feeling of driving a car better than many games some have the gall to ask full price for *cough NASCAR cough*. It’s both intuitive and simple to start flinging yourself through the tightest of turns after the second race. 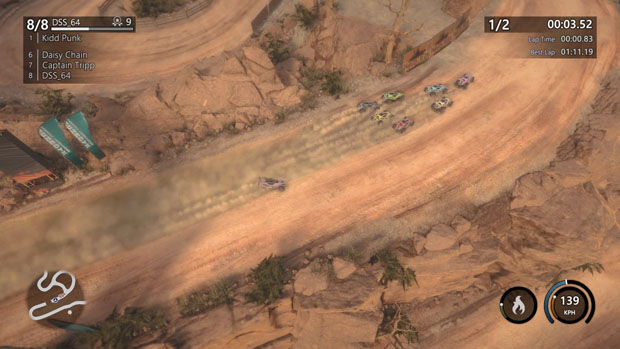 "The mechanics of controlling your car and drifting it cleanly through the racing line are simply spot on."

The presentation is also very clean, with both the visuals and the music being nothing offensive, but nothing spectacular either. Tracks look fantastic, as does the lighting on them, and each vehicle is distinct on the track even from the distant camera, with the UI being clean and easy to read.

It’s just unfortunate that the driving mechanics are all that’s particularly memorable about the game. They offer a handful of different vehicles to unlock that all handle slightly differently in a very Mario Kart fashion, the small and mobile light vehicles, the rounded mediums and the brutish and slow to start heavy. These are further divided into classes from rookie to veteran to unlock as you progress through Career, but I’ll hold off for a moment on that.

There are only two locations included in the game to begin with, and only four tracks to each location. You’ll be getting very familiar with the sand, mud and caves of the mountains for the first hour of gameplay before you’ll even see another environment, which then becomes the only addition to the game, for a total of eight tracks. 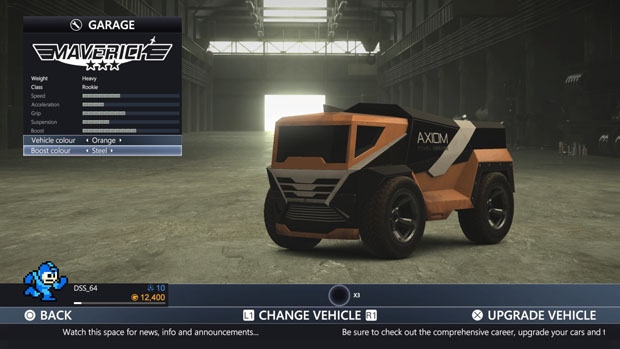 "Mantis Burn Racing makes driving so satisfying, I wish it wasn’t afraid to get more whimsical and include some dynamic tracks or items to layer on top."

These tracks are not bad from a technical standpoint at all. The first several times they’re exciting to race on and the AI clued me into a few shortcuts I missed. They play to the fantastic mechanics really well and reward skilled driving. Once you get to know the layouts though, there’s really nothing that mixes it up.

The wide roads are devoid of anything besides other racers and the walls. There are no obstacles in sight and there are no other mechanics here such as items to shake up the standings or reign in a dominating player. Skillful driving such as drafting and drifting will fill up a boost the player can deploy, but even upgraded it has all the impact of a kitten fart before needing to be reloaded.

Had the boost worked more like in Burnout, where you could use the meter you had at any point, and felt impactful to use like that title, perhaps racing would feel even a little dynamic. Mantis Burn Racing makes driving so satisfying, I wish it wasn’t afraid to get more whimsical and include some dynamic tracks or items to layer on top. The driving shows the talent is there, I’d have liked to see that extra system. 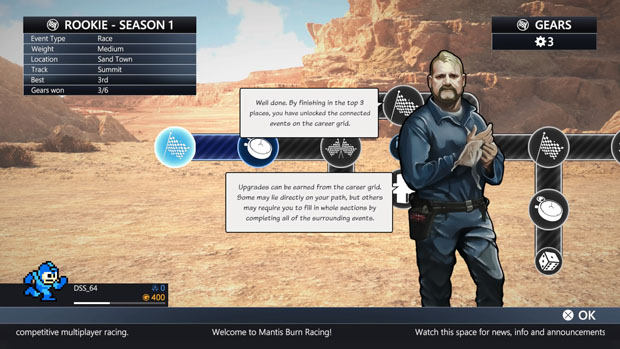 "Between the low amount of tracks and the nine available vehicles across all classes, Mantis Burn Racing would have seriously benefited from a lot more time in production."

The game attempts to vary itself a little bit by having you go reverse on the same tracks, which was a trick I caught onto by lap 2 the first time it tried. Were that just a bonus to a game with plenty of content I might have considered it cool, but here it’s simply padding. Between the low amount of tracks and the nine available vehicles across all classes, Mantis Burn Racing would have seriously benefited from a lot more time in production.

Alongside an already abandoned online multiplayer and a local race option, the meat of the game is a career mode. Structured a bit like Sonic & All Stars Racing Transformed, players will clear events on a board to advance through a seven season league. Besides racing, each event will also ask you to hit some other goals such as drifting for so long, to earn gears and unlock further events. It’s a bare minimum unlock system that might convince you to get fancy, but I never ran into the roadblock where I couldn’t progress due to lack of gears. 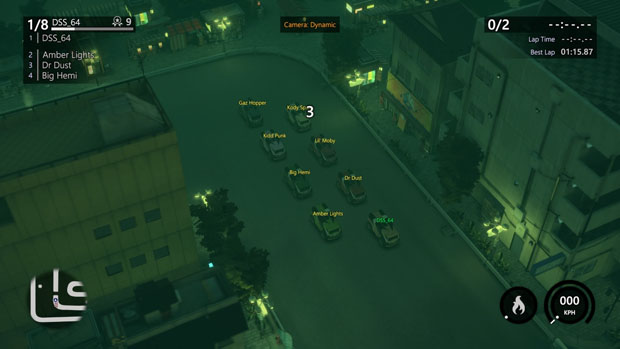 "As a result of these different modes doing nothing to change your priorities and how you’ll play, every event is going to feel the same."

Within Career, the game tries to showcase all of the seven game modes within. Three are direct variations on normal racing with the one distinction being the lap count, time trial, and three others that do nothing to alter the gameplay loop of getting to first and staying there. As a result of these different modes doing nothing to change your priorities and how you’ll play, every event is going to feel the same. The dearth of courses is only going to punctuate that feeling of repetition.

There is some fantastic execution to the most basic mechanics of Mantis Burn Racing, but almost everything else falls really short. The talent of VooFoo Studios is pretty clear, and if they gave it more time, we might have had something really special. I’ll be watching their next title, but this outing is a footnote at best.

Driving mechanics are flawless, and the presentation is pretty alright too.

There is a noticeable lack of content in the game with just 8 tracks and 9 cars. Trying to stretch it by reversing the tracks doesn’t fly. Different race modes don’t make a difference in how you play.

There’s a lot of potential within Mantis Burn Racing, but a lack of content really sells short the fantastic execution. A follow up with more fantastical tracks, and a lot more tracks and vehicles baked in would really be a treat, but I can’t recommend the game right now.

A copy of this game was provided by developer/publisher for review purposes. Click here to know more about our Reviews Policy.
Tagged With: Indy Gaming, mantis burn racing, pc, ps4, Xbox One