It will be the cheapest way to get the Switch with a game in Europe. 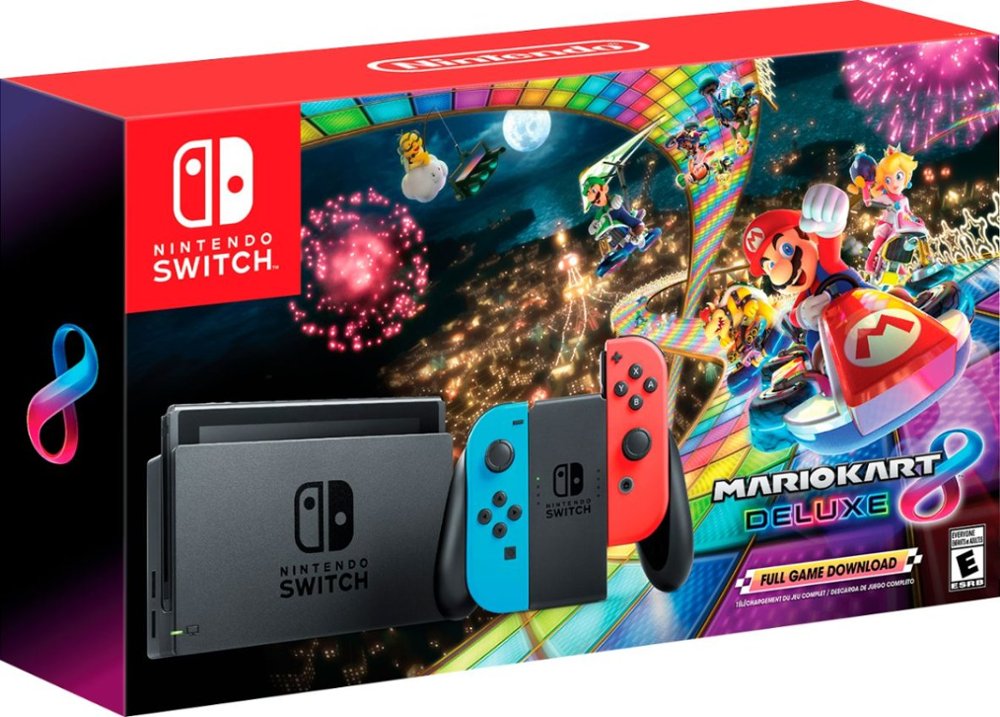 The Mario Kart 8 Deluxe Nintendo Switch bundle, which Nintendo released in North America as its Black Friday and Holiday season shopping offering, may be coming to Europe, too. According to European news site GameKult, the bundle is due to come to Europe, and will be announced soon.

The bundle will be priced at €299.99, which makes it the cheapest possible way to get a new Switch with a new game in Europe (short of specific retailer discounts, at any rate). It will apparently be getting a massive shipment too—apparently 600,000 units are being shipped to France upfront, which indicates Nintendo has a lot of confidence in it doing well.

Whether or not it does, and whether or not it helps them meet that 20 million target, remains to be seen. The good news is, per this report, we don’t have too long to wait for the bundle to launch in Europe—in France, at least, it is set to come out on December 3, which is next week.

Of course, there’s been no official word on the validity of this report from Nintendo so far, but stay tuned to GamingBolt, and we’ll keep you updated in case any new info comes our way.