Joined by Animal Crossing, F-Zero and much more. 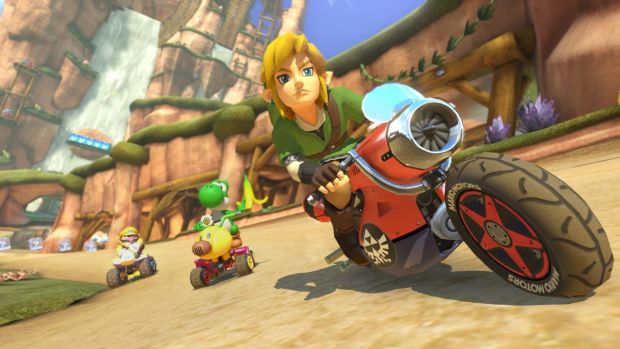 Nintendo received a bit of flak for adding Mercedes Benz cars to Mario Kart 8 but with its upcoming DLC, it’s returning to its roots. Two new packs have been announced and they will each include 3 new characters, 4 vehicles, and 8 courses. The coolest aspect of this is that the content will be from other Nintendo franchises including The Legend of Zelda, Animal Crossing and much more.

The Legend of Zelda pack will be out in November and will feature Link, Tanooki Mario and Cat Peach. The Blue Falcon from F-Zero has been revealed as a drivable cart as well. The Animal Crossing pack will be out in May 2015 and will feature the Villager from Animal Crossing, Isabelle, and Dry Bowser. Nintendo has revealed that you can buy both packs separately for $7.99 or $12.99 together. Pre-ordering both nets you some Yoshis of various shades and Shy Guys as characters.

A new update for Mario Kart 8 will also be going live tonight so stay tuned for more details.