Ubisoft reveals the turn-based tactics title did not sell to expectations, while Just Dance 2023 also underperformed. 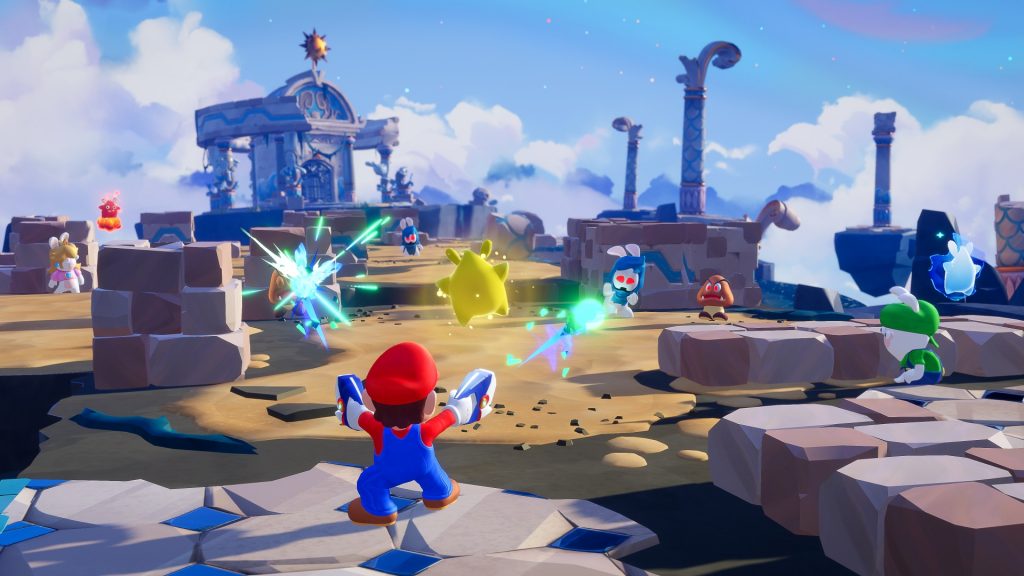 There were a lot of factors that were pointing to Mario + Rabbids Sparks of Hope being a commercial success for Ubisoft, from it being attached to the Mario IP to its predecessor having enjoyed impressive critical and commercial success itself. However, it seems the turn-based tactics sequel hasn’t quite performed as well as Ubisoft would have hoped.

In its latest fiscal report, Ubisoft has revealed that Mario + Rabbids Sparks of Hope has sold below expectations since launching in late October. Similarly, Just Dance 2023 has underperformed as well.

“We are clearly disappointed by our recent performance,” said Ubisoft CEO Yves Guillemot. “We are facing contrasted market dynamics as the industry continues to shift towards mega-brands and everlasting live games, in the context of worsening economic conditions affecting consumer spending. Despite excellent ratings and players’ reception as well as an ambitious marketing plan, we were surprised by Mario + Rabbids Sparks of Hope underperformance in the final weeks of 2022 and early January. Just Dance 2023 underperformed as well.”

Ubisoft’s latest quarterly fiscal results have painted a grim picture, and the company has made a number of less-than-positive announcements, including yet another delay for Skull and Bones, as well as the cancellation of three unannounced titles (on top of the four unannounced titles cancellations that were confirmed in 2022).

Mario + Rabbids Sparks of Hope is available on Nintendo Switch. You can read our review of the game through here. It is also due to receive three paid DLCs over the course of the coming months – get more details on that through here.