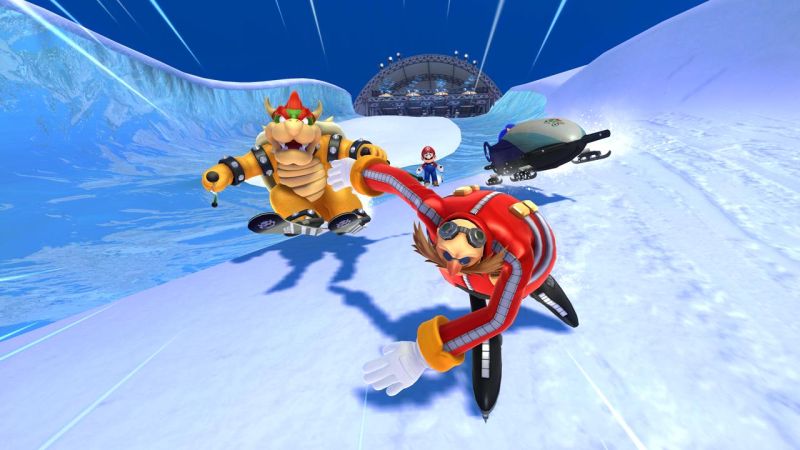 Sega Japan and Nintendo have announced that Mario & Sonic At Sochi 2014 Olympic Winter Games will be releasing on November 8th in Europe and UK, with a release on November 15th in North America. Sega has also revealed that the game will feature 12 Olympic events and eight Dream Events. There will also be a Legends Showdown mode to go with the single-player and multiplayer modes.

The Legends Showdown mode will feature 20 characters from Sega and Nintendo competing in five different areas, with each area featuring a boss that can be defeated in order to win a Legend Trophy. There will also be an Action & Answer Tour which pits four players together in a quiz-like take on mini-games. The smartest player wins by scoring the most number of points.

Though it won’t be releasing on handhelds, Mario & Sonic At Sochi 2014 Olympic Winter Games will be the first game in the series to feature an online multiplayer mode.