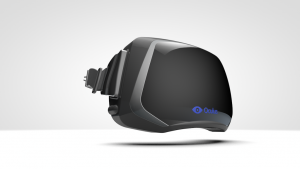 The Zenimax lawsuit against Oculus and the device’s parent company Facebook has officially gone to trial. That trial has already been somewhat star studded, considering CEO Mark Zuckerberg took the stand earlier this week. The Internet giant testified that Oculus did not steal intellectual property from Zenimax in order to create its Virtual Reality device.

The bigwig claimed that not only they didn’t rip Zenimax off, but that he has not even heard of the competing firm before the lawsuit was brought. Zuckerberg went on to explain that he feels this lawsuit is really the after effect of Oculus Rift finding success.

“It is pretty common when you announce a big deal or do something that all kinds of people just kind of come out of the woodwork and claim that they just own some portion of the deal. Like most people in the court, I’ve never even heard of ZeniMax before.”

The trial is expected to last as long as three weeks and it’s a safe bet things are going to get ugly in that time.