Fans of horror games have been treated with a wave of great entries in the genre in recent years, and that momentum is only going to continue as we move forward. One upcoming game that fans of the genre have had an eye on for a while is Martha is Dead– a first person psychological horror game set in a World War 2-torn Italy in 1944, and with its mixture of the realities of war, the unsettling elements of psychological horror, and the usage of folklore to achieve that, it’s promising an interesting blend. To learn more about the game and what makes it tick, we recently reached out to its developers and learned some interesting things in the process. Below, you can read our interview with LKA’s Luca Dalco, writer and director of Martha is Dead, and Tommaso Bonanni, part of LKA’s external development team. 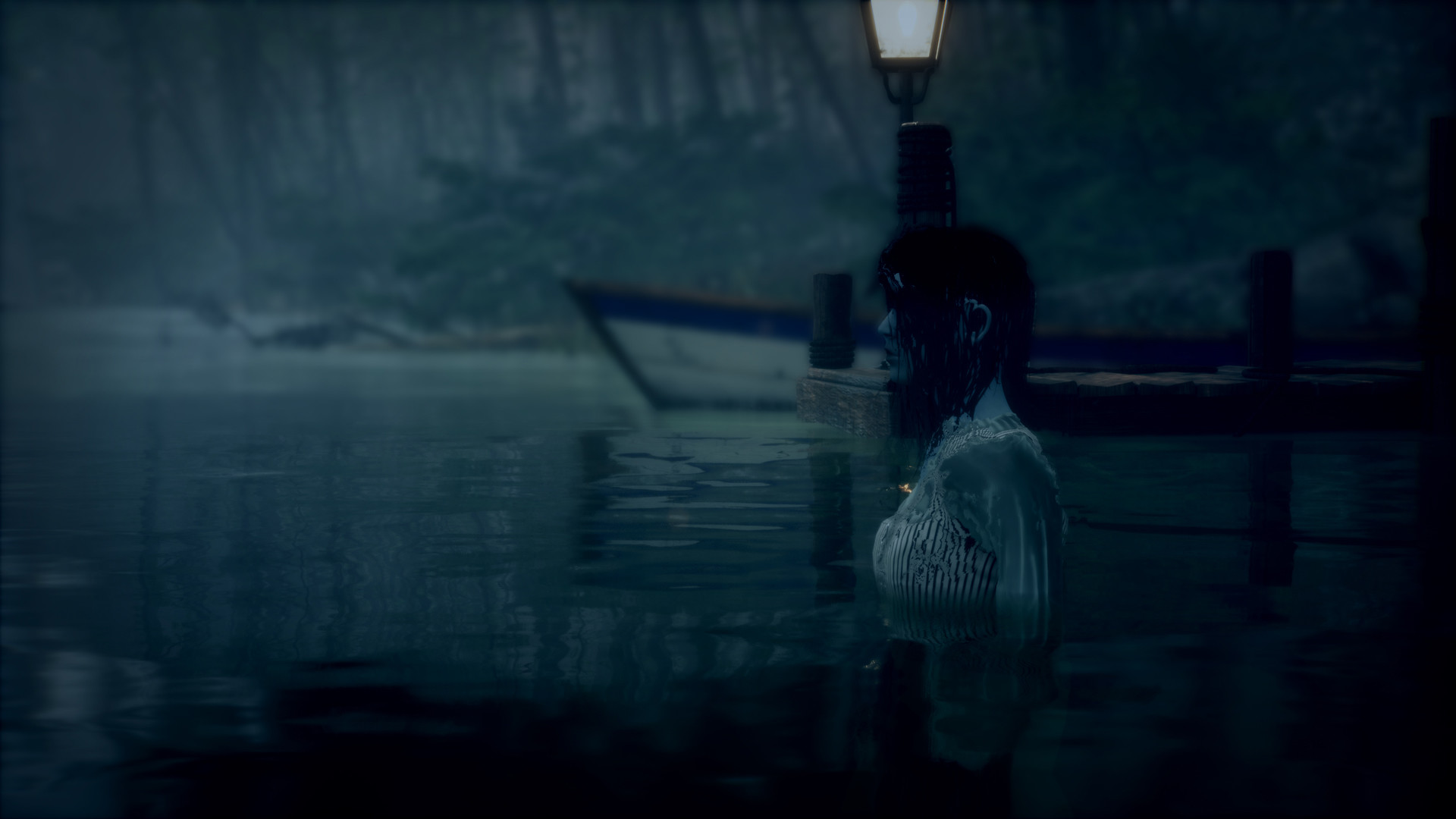 "Each of us sees reality with our own eyes and one of the most challenging works in Martha Is Dead, as in our previous title, was to “deform” reality so that it appears subjective. When I say deform reality, I don’t mean to deform the historical and cultural facts of a period, which shape the people who live it, I mean rather to deform it from a perceptive point of view."

With its WW2 setting, the central crux of personal loss, and its psychological horror trappings, there’s certainly a lot going on in Martha is Dead, story-wise. What sort of a balance does the game strike between these aspects?

Luca Dalco (Writer / Director): The central point of Martha Is Dead is the protagonist. Her interiority. Everything else is something that happens to her and has value only in this vision. Each of us sees reality with our own eyes and one of the most challenging works in Martha Is Dead, as in our previous title, was to “deform” reality so that it appears subjective. When I say deform reality, I don’t mean to deform the historical and cultural facts of a period, which shape the people who live it, I mean rather to deform it from a perceptive point of view.

Can you talk about what players can expect from the game’s free exploration aspect, in terms of the size of the environments and how the game will encourage and reward exploration?

Dalco: The environment contains several gameplay elements that are not mandatory, but help a lot in understanding and deepening the story. The environments are not so big as to be dispersive and there is no shortage of things to do.  This path has been followed both to make the gameplay more interesting and freer, and to allow the player to feel the presence of the environment that surrounds him/her more, as a protagonist and witness of what happens.

Martha is Dead seems to have some things in common with your previous title, The Town of Light, in that they’re both psychological horror stories taking place in historical settings. What lessons from that game have you taken into the development of your current project?

Dalco: First of all we understood that the theme of psychological disorder, treated with respect and attention, is something that not only the video game, as a medium, is able to support, but also that there is a lot of interest in. Martha Is Dead is very different from The Town of Light. The first one was a story, in Martha Is Dead things happen while you play them, so the immersion and identification is even greater. We understand that these are stories that can affect, even deeply and it is very important that the player is properly warned before embarking on this experience. On the other hand, a mental disorder is often a source of terrible suffering and cannot be “sweetened”, otherwise a wrong message would pass.

Martha is Dead’s story is promising a unique mix of folklore against the backdrop of a war- how did the idea for that kind of a blend come about?

Dalco: Immersiveness. We want maximum immersiveness. For this reason we looked for all the aspects that characterized that period, all that our protagonist experienced and we tried to tell this experience, before the elements themselves. 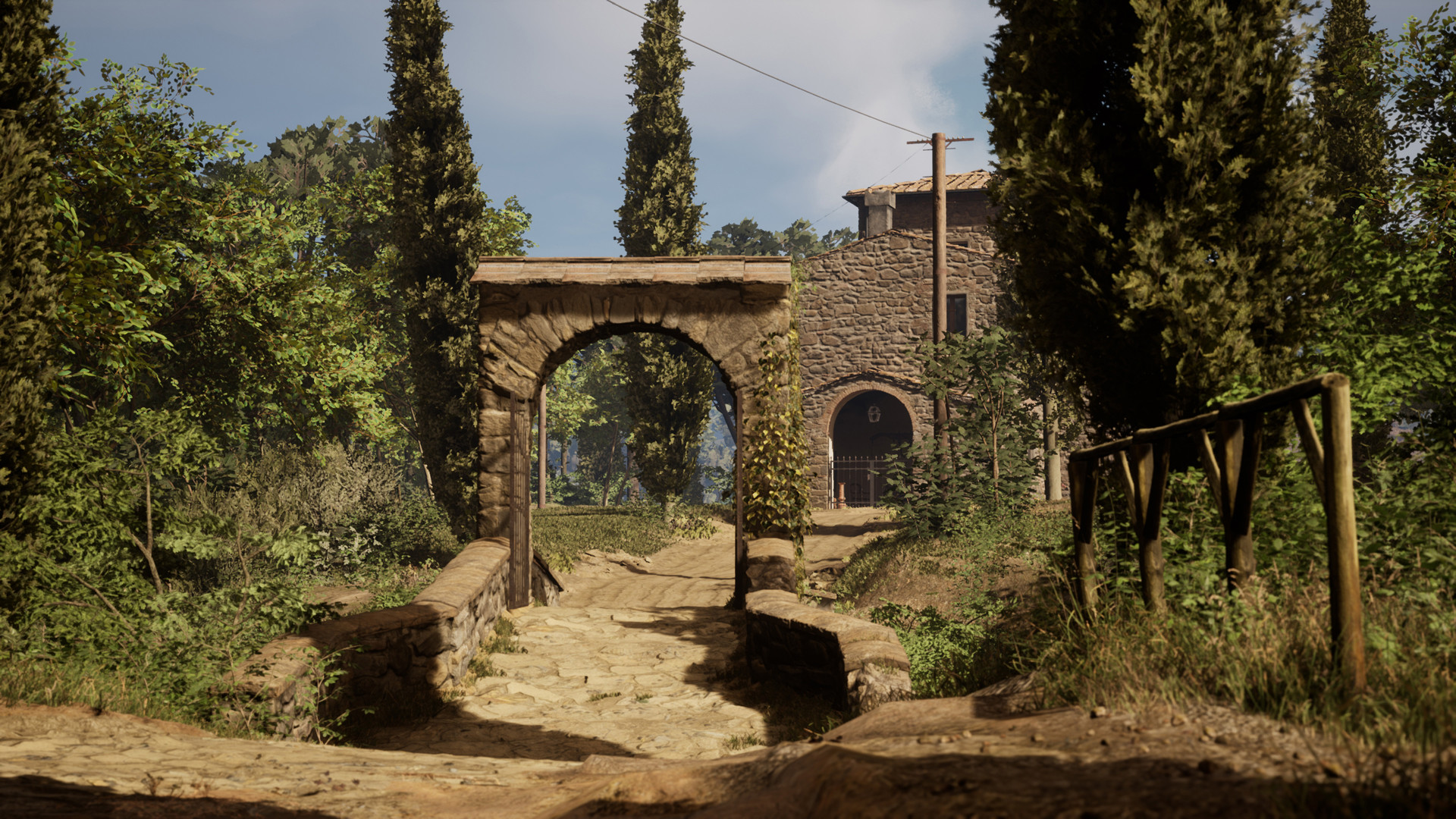 "We want maximum immersiveness. For this reason we looked for all the aspects that characterized that period, all that our protagonist experienced and we tried to tell this experience, before the elements themselves."

Does Martha is Dead feature any combat, or is it a game focused more in other areas?

Dalco: The combat encounters are something that flows in the background of the game. The girl does not experience them directly. The war comes to her filtered through adult accounts, radio news, newspaper articles. A very hard encounter with the war is there, but it is not combat.

It seems like taking and developing photographs will be one of the side activities that Martha is Dead will offer. Can you talk a little bit more about how this will figure into the game?

Dalco: Taking and printing “old style” photos is part of the soul of the game. We’ve tried to create a system that gives you an idea of what photography was like in those days, without pushing it into a real simulator that would be very hard to play. Sometimes photographs are necessary and functional to the gameplay, but we hope that this element will push players to experiment on their own, to play with the many accessories to get personal and special shots of the game’s environments.

Roughly how long will an average playthrough of Martha is Dead be?

Dalco: Difficult question. It depends a lot on how much the player wants to immerse themselves in the game, how much they want to finish all the tasks present. I would suggest a range between 6 and 9 hours.

What are your plans for Martha is Dead where post-launch support is concerned? Can players expect any additional content down the line?

Dalco: There are many ideas. The world of Martha Is Dead can easily be enriched thanks to the many ideas that the game offers, but nothing is decided yet. I personally would be delighted to work on additional content. There’s one particular idea that… but I can’t talk about it now, hopefully it can be done!

Do you have any plans to eventually bring the game to the Switch?

Dalco: Not at this time.

Dalco: That’s something we’ll address right after the release. Interest is sky high, of course! 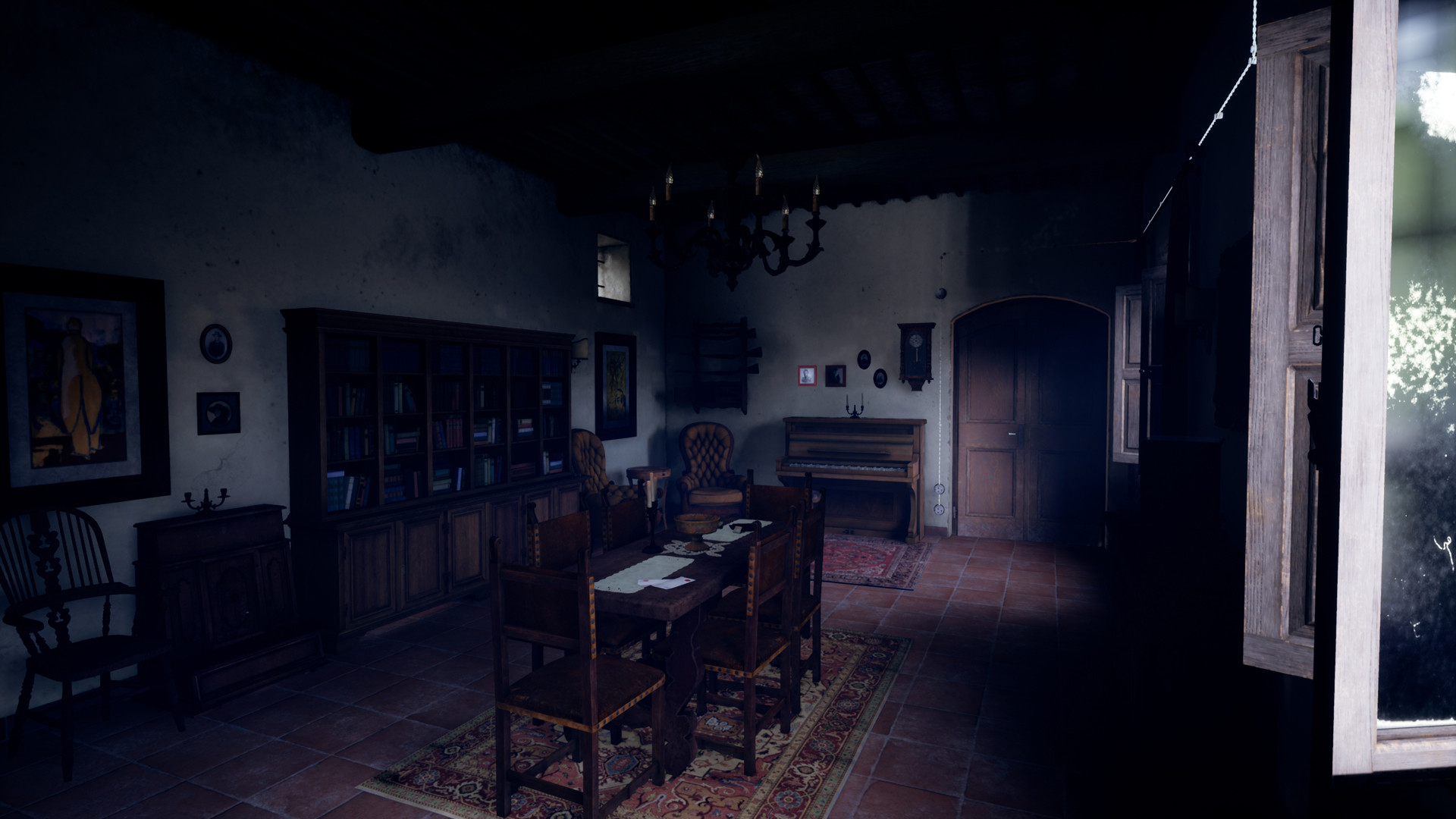 "The world of Martha Is Dead can easily be enriched thanks to the many ideas that the game offers, but nothing is decided yet. I personally would be delighted to work on additional content."

Given that you have now worked on all three current gen consoles, I hope you don’t mind answering some of the tech questions. Since the reveal of the PS5 and Xbox Series X’s specs, a lot of comparisons have been made between the GPU speeds of the two consoles, with the PS5 at 10.28 and the Xbox Series X at 12 TFLOPS- but how much of an impact on development do you think that difference will have?

Tommaso Bonanni (LKA’s external development team): The performance gap seen in the previous generation is non-existent in this one. During our work we have been able to find that there are particular situations in which the Xbox Series X GPU is slightly more ahead.

Bonanni: We are all amazed by the performance of the PS5 SSD, which in itself is a technical gem. However, the element that really makes the difference here is the PS5’s data reading and writing system, which is extremely efficient. Even on some occasions we have found the fact that PS5 loads some scenes too quickly compared to other consoles and PCs, literally broke the loading of the levels because it was totally unexpected, so we had to get our hands on the code to counterbalance this excessive loading speed.

Bonanni: We are talking about a minimum amount of fps that is verifiable only in very demanding situations and does not significantly change the gaming experience in any case at the moment.

In our opinion, in a few years when developers will become more familiar with both hardware and will be able to push them to the maximum, in that moment we will see slight differences, but in our opinion, those will always be details for insiders that users will not notice in most cases.

Bonanni: In our opinion, only in this first phase is it still possible to speak of totally equivalent experiences. In the long run, the differences will be seen in high-performance games. Much also depends on how the developer intends to exploit the hardware difference. In our case, being a not very frenetic experience, based mainly on the graphic aspect, we decided to maintain the same graphic quality on both Microsoft consoles, at the expense of fluidity (we believe that 30 fps on Xbox Series S is more than enough to enjoy a similar title) so the experience can be defined as equivalent after all.

Bonanni: We have been using Super Resolution on all generations and we are very impressed. It has truly allowed us to push Martha Is Dead’s graphics beyond what we expected and we believe that software solutions such as this are the best answer to keep the life of consoles as long as possible. We are talking of gaining 5-10 FPS in most situations without losing any details in the image, incredible.

What frame rate and resolution will Martha is Dead target on PS5 and Xbox Series X and S?

Bonanni: Both PS5 and Xbox Series X have two game modes: one at 4k 30fps and one at 1080 60fps, while Xbox Series S is at 1080 30fps but maintaining the same level of quality. It is important to mention that in any case the use of Super Resolution very often brings the 1080 versions to higher resolutions (even on Xbox Series S) so the resolution gap will probably be less noticeable.