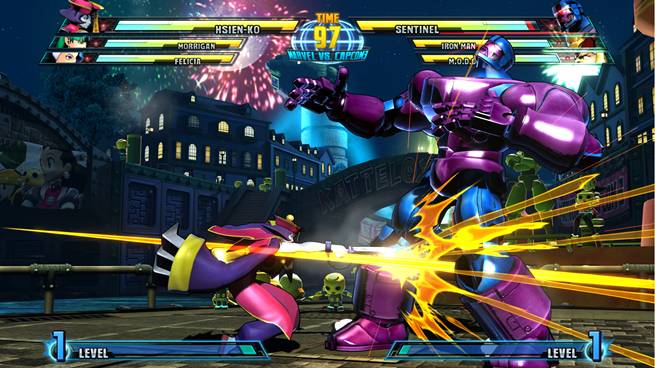 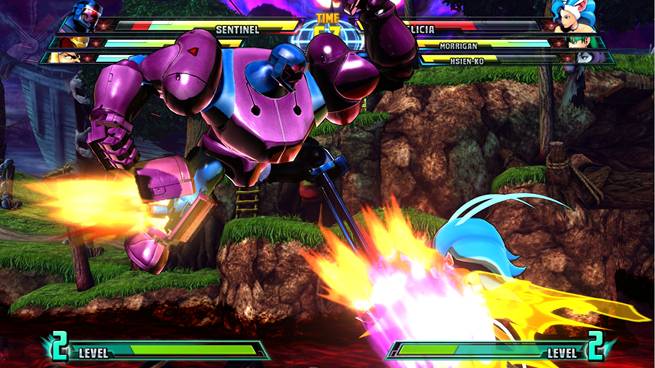 Capcom have revealed two more characters for the roster of MVC3. This time we see Hsien-ko and Sentinel making the list. For those of you who are not aware of the background of these characters, here is a bit of information from Wikipedia.

According to the backstory of Night Warriors, Hsien-Ko was born around the 1730s with a twin named Mei-Ling / Lin-Lin. During this time, ghosts and spirits of the dead arose from their resting places and attacked a rural Chinese village. After their mother was killed by a powerful demon , she and her sister decided to use Tensei-no-Jutsu to save her, but they used a prohibited sub-division of this technique, Igyo Tenshin-no-Jutsu, and fought to release their mother’s soul from the dark.

According to Marvel canon, Sentinels are programmed to locate mutants and capture or kill them. Though several types of Sentinels have been introduced, the typical Sentinel is three stories tall, capable of flight, projects energy blasts, and can detect mutants. The Sentinels have been featured in several X-Men video games, and played a large role in the 1990s X-Men animated series. Additionally, they made a brief appearance in the beginning of the 2006 film, X-Men: The Last Stand.