Art director Bruno Gauthier-Leblanc talks about the design philosophies of the two characters, and how they tie into both story and gameplay. 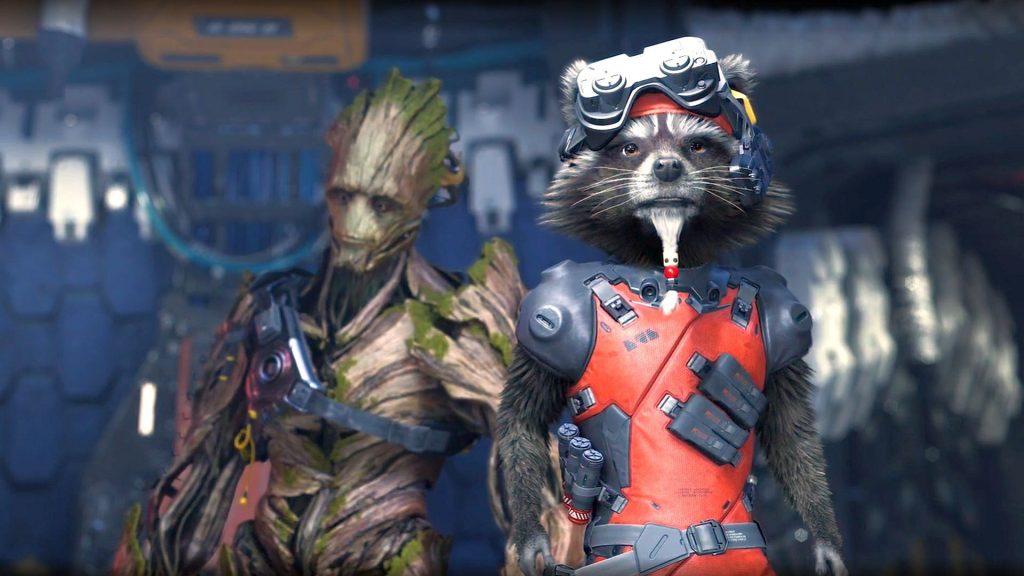 Marvel’s Guardians of the Galaxy seems to be taking an interest approach to storytelling, in that the brand of humour and character development you’d expect from a Guardians story is being tied to the gameplay here in some very interesting ways. One of the ways that’s being done is with the designs of the characters themselves.

In a short video recently uploaded by the game’s official Twitter page, the game’s art director Bruno Gauthier-Leblanc speaks about the designs of Rocket and Groot, and how they’re both tied story and gameplay. Rocket likes to use explosives and guns, and uses gadgets that help him with his combat needs, while his relationship with Groot also means he’s constantly tinkering with him, such as attaching a harness to his back that he can sit on. Check out the video below.

Marvel’s Guardians of the Galaxy launches on October 26 for PS5, Xbox Series X/S, PS4, Xbox One, PC, and as a cloud-exclusive release for the Nintendo Switch.

Groot and Rocket are the galaxy's best friends. See how it's echoed in their designs, linked to story and gameplay 👇 #GOTGGame pic.twitter.com/M4nKzSgFj5