After having worked on the seminal XCOM 2 and the decent XCOM: Chimera Squad, Firaxis has now set its eyes on a licensed game based on one of Marvel’s properties with Marvel’s Midnight Suns. How well does it uphold the studio’s phenomenal legacy?

Firaxis is well-known for having developed what is widely regarded as one of the best squad-based strategy games with the XCOM franchise. Moving on from such a well known IP to a pre-established franchise like Marvel seems like a tough decision; succeed and you cement your legacy as a studio, but fail, and you’ll have lost quite a bit of good will from fans of your games.

With Marvel’s Midnight Suns, however, the developer has achieved a surprisingly Firaxis-esque experience. While it may look like yet another turn-based strategy game on the surface, Marvel’s Midnight Suns has quite a few deep and interesting ideas going on when you actually get down to playing the game. And curiously enough, it also suffers from issues faced by other of the studios’ games at launch.

When it comes to pure gameplay, Marvel’s Midnight Suns is an incredibly clever take on card battling games like Fights in Tight Spaces. That game works as a better comparison due to positioning on a map being an important factor alongside your deck of cards.

"When it comes to pure gameplay, Marvel’s Midnight Suns is an incredibly clever take on card battling games like Fights in Tight Spaces."

In Marvel’s Midnight Suns, you take the role of a squad of Marvel superheroes as they go out on missions to try and stop the evil machinations of Lilith. Each superhero in your squad is equipped with a deck of cards that essentially acts as that character’s move set. You have a limited amount of resources in playing these cards, and movement can happen once a turn, and that’s where the majority of your strategy will come in.

When starting out, the deck of cards for all of the heroes aren’t particularly special. Depending on the character, you have melee attacks, ranged attacks, abilities that can be used to buff allies or debuff enemies, and cards that let you mess around with the battlefield in interesting ways. The last one is what makes a lot of the strategy underneath Marvel’s Midnight Suns tick. If you take Doctor Strange as an example, he has quite a few cards that let him knock enemies back. This can be further combo-ed by either knocking enemies into other enemies to cause damage, or knocking them into the environment for special effects.

Similarly, just about every hero’s deck of cards has some sort of theme going for it. Iron Man, for example, is constantly building up to using his big weapons to take out a bunch of enemies in one go. Blade, on the other hand, has lifesteal as his major gimmick, promoting aggressive tactics. The player character, on the other hand, ends up acting as more of a “jack of all trades, master of none” kind of superhero, with cards that focus on melee damage, buffs, and even altering battlefield positioning. 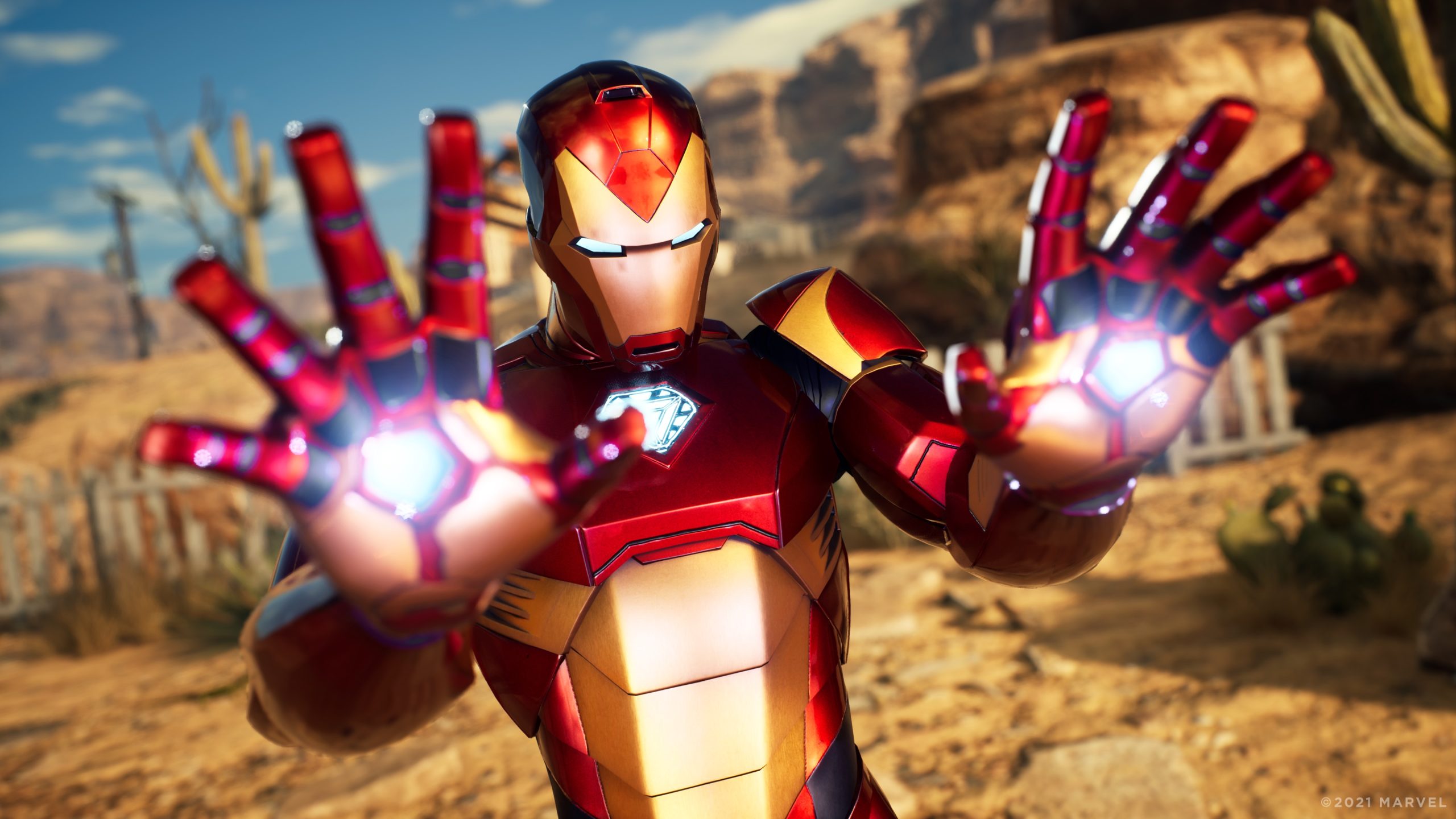 "Iron Man, for example, is constantly building up to using his big weapons to take out a bunch of enemies in one go."

All in all, the core gameplay is quite fun. The only real issue I have with the game is that the maps you fight in are incredibly small. This design decision has a knock-on effect where not all enemies you have to beat will be present on a map from the get go. And it isn’t particularly well dressed up through smoke and mirrors like the fog of war from XCOM 2. Rather, once you’re done killing a few enemies, there will be a small break in the action to show you that reinforcements are arriving. Weirdly enough, a lot of the levels in Marvel’s Midnight Suns, especially the ones where you don’t have a boss fight, end up feeling strangely like a wave-based survival game.

The story in Marvel’s Midnight Suns is… there. While I do find it admirable to see a game based on Marvel presenting a story that’s more deeply-rooted in comic books than it is in the Marvel Cinematic Universe, sadly, the story in Marvel’s Midnight Suns is pretty standard fare. The big villain is introduced right off the bat, and then you’re introduced to the Abbey and the Midnight Suns. While not outright bad, the story isn’t particularly good either. It’s just an excuse to get you to the next mission. The most interesting thing in the story, funnily enough, is the player’s own character. For example, The Hunter, as they’re often called, has a great “fish out of water” story arc going on thanks to the fact that they’ve been spending the last several centuries stuck in a halfway state between comatose and dead, and being suddenly awoken into a the modern world filled with insane technology and skyscrapers all over the place would be jarring for anyone. Sadly, despite having strong motivations and an interesting backstory, your character doesn’t do much to improve the plot in Marvel’s Midnight Suns either. Ultimately, what we get here is a rather uninspired take on the standard “there’s a big, powerful enemy and we have to team up to take it down” story that too many comics and other games have already driven to the ground.

While the story itself is, at best, okay, the writing is downright terrible. Not a single dialogue tends to go by without someone making a terribly-written snarky joke at the expense of another character. Just about every bit of exposition is filled with not-only a needlessly-large number of words, to the point where some of the conversations you take part in will have you forgetting what your original question even was. Basically, everyone talks too damn much, and ultimately the character use too many words to say too little of substance.

Admittedly, however, the running gag of Tony Stark constantly referring to Doctor Strange as Doctor Spooky, convincing the player character that Doctor Spooky is the Doctor’s actual name, did somehow get endearing. Aside from that, however, just about every character is absolutely insufferable, which bodes pretty badly for the social aspects of the game. 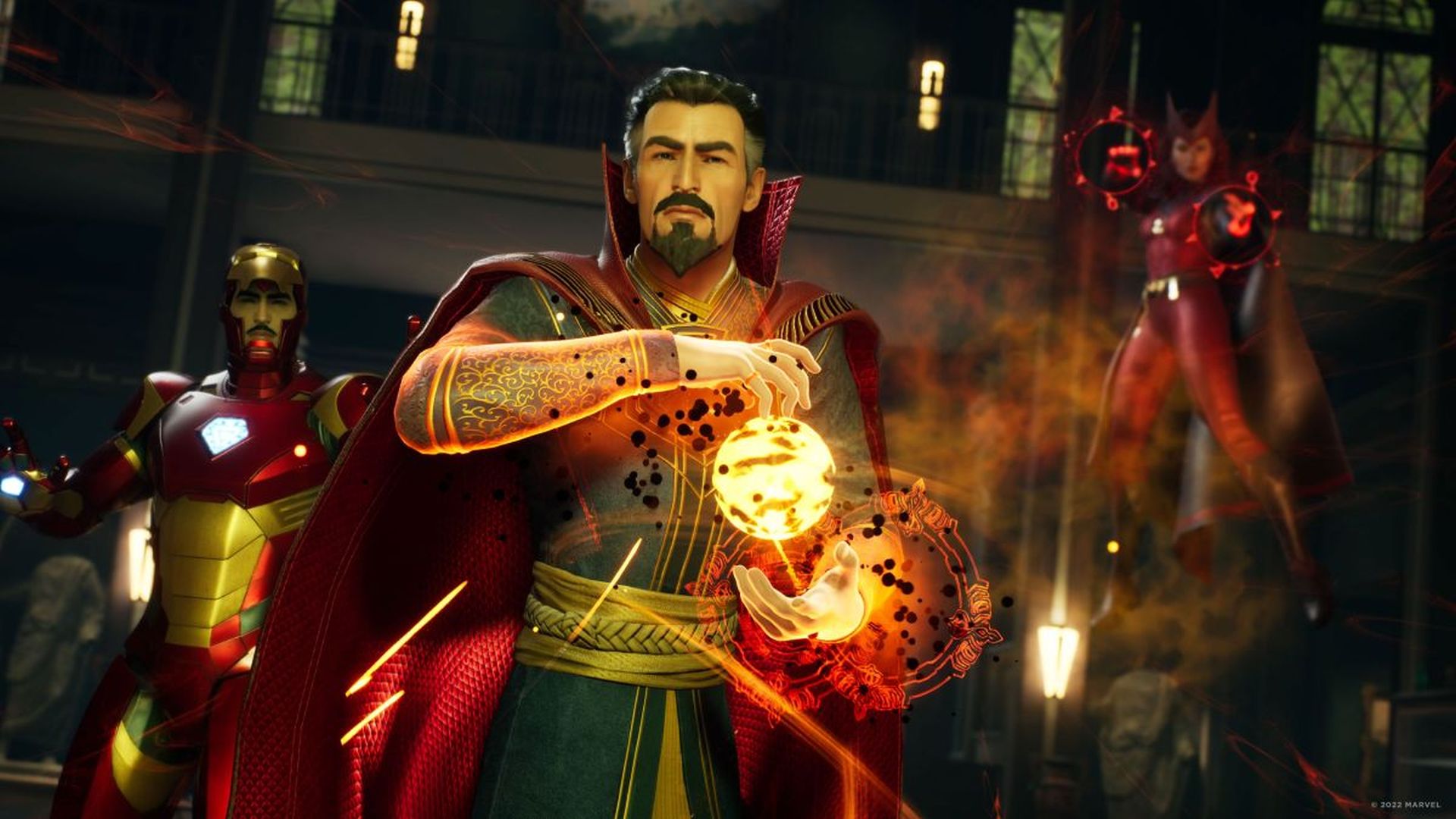 "While not outright bad, the story isn’t particularly good either. It’s just an excuse to get you to the next mission."

A big part of the game is just hanging out in the Abbey and talking to the different superheroes that come to inhabit the spooky castle. Like I said, however, the bad writing makes interacting with these characters for the sake of building up their friendship quite annoying. In this regard, Marvel’s Midnight Suns could’ve absolutely used a skip line option, just to speed up the dialog.

A lot of the story’s mediocrity comes down to the terrible way it’s presented. The cutscenes are directed so badly, it’s downright hilarious. The voice acting is also pretty bad, but not bad in the fun way like classic Resident Evil games. It’s bad in the way that characters don’t really emote particularly well, and their constant snarky jokes at each other comes off less as camaraderie and more as a feeling of “oh, the MCU does it, so we should probably do it.”

When it comes to facing the classic Firaxis problem of a game being a bit on the rougher side on launch, Marvel’s Midnight Suns can’t seem to escape the curse. While the elements of strategy that would feel incredibly satisfying are absolutely present, the game still ends up feeling like it’s a little rough around the edges. Atrocious voice acting and mediocre writing aside, in terms of gameplay, Marvel’s Midnight Suns absolutely feels like it could do with a bit more refinement before reaching its true potential. One of the best things Marvel’s Midnight Suns could do is to just get some bigger maps in. Less of a reliance on constant waves of enemy respawns would also go a long way. Instead, just have all of the enemies on the level right from the beginning. Sure, this might make some area-damage cards a bit too powerful, but I’m sure the finer numbers can be tweaked to make sure things don’t get too broken. 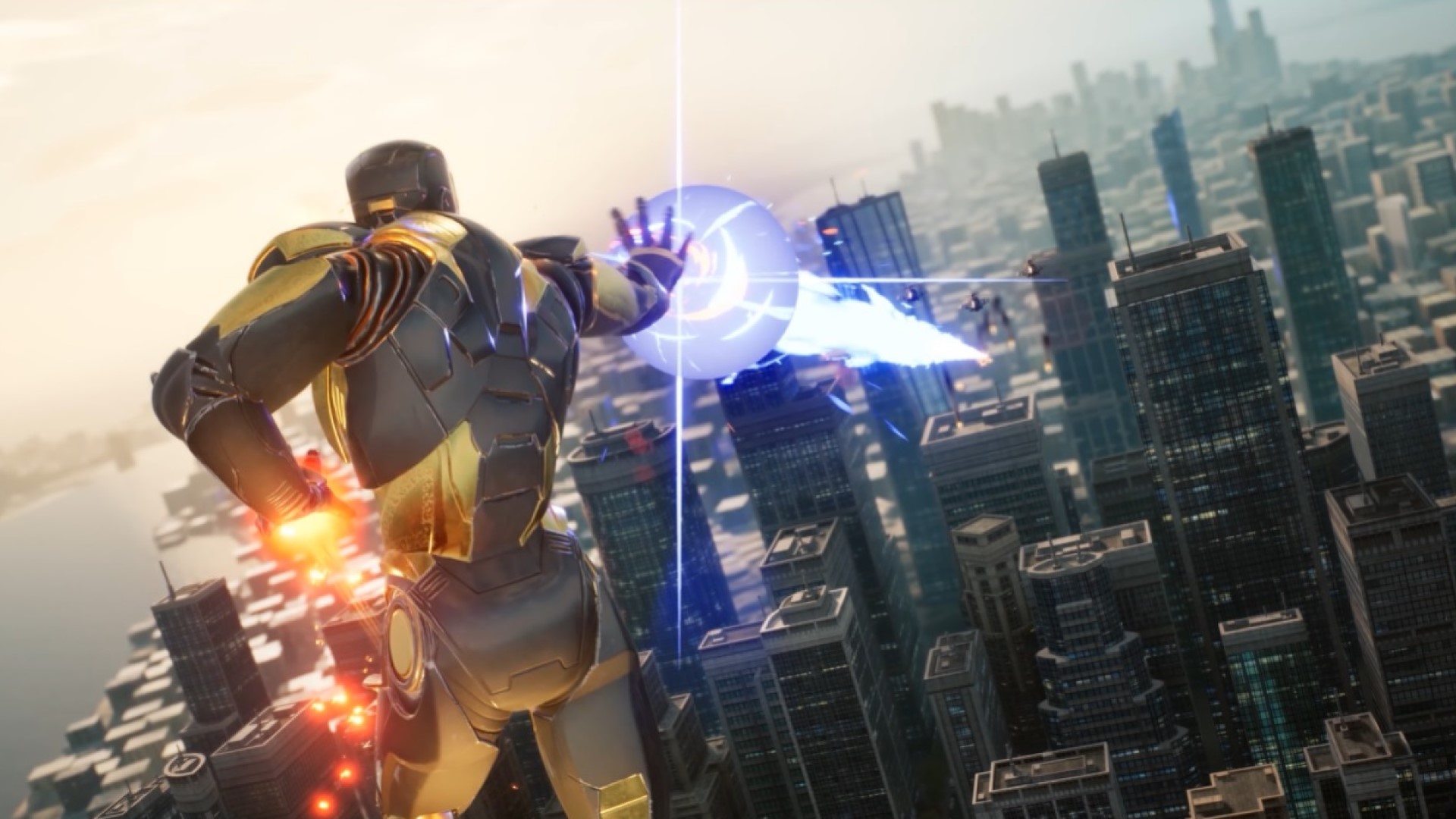 "While the elements of strategy that would feel incredibly satisfying are absolutely present, the game still ends up feeling like it’s a little rough around the edges."

In conclusion, Marvel’s Midnight Suns has the foundation to be a phenomenal game. It can definitely become the definitive card-based strategy game out there. It just has to fix a few key issues. While some problems, like the plot and voice acting, can’t really be solved with patches, others, like having more characters, and more cards, would definitely make the game much more appealing. As it currently sits, the core gameplay in Marvel’s Midnight Suns is a great reason to play it. But with the state of just about anything else in the game, I can’t recommend the game without a few caveats. And the biggest caveat, really, is that the game’s bound to get better considering the history of Firaxis.

Core gameplay is excellent; Great variety in heroes; Player character’s versatility is a great addition to other hero builds.

Final Verdict:
FAIR
Marvel’s Midnight Suns, unfortunately, is one of those games that I can only recommend if you’re willing to stick around its noticeable issues. As it currently stands, the game has the foundations for a phenomenal turn-based strategy game, and the gameplay variety offered by the different heroes you can play is a lot of fun. The writing and story, however, are not good reasons to play this game.
A copy of this game was provided by Developer/Publisher/Distributor/PR Agency for review purposes. Click here to know more about our Reviews Policy.