A quick recap of Yuri's story so far.

2018’s Marvel’s Spider-Man is full of characters, arcs, and stories that set up exciting things for the future, whether that’s for new characters to step in or ones we’ve already seen to change and grow in interesting ways, and perhaps even take on new roles. NYPD cop Yuri Watanabe is likely going to belong in the latter category. Though Yuri isn’t exactly the most well known or popular character from the Spider-Man comics (in fact, she’s not even among the oldest, having first been introduced a little over ten years ago), she does have a really interesting story, and her portrayal in the game was appropriately solid.

Marvel’s Spider-Man: Miles Morales is going to focus on Miles’ story, and obviously, many big narrative developments will be saved for Marvel’s Spider-Man 2, but you never know which threads might end up progressing in what manner in the upcoming game. Yuri is a character that’s been associated with Peter Parker, not Miles, so she might not have too much of a role to play just yet- but then again, she might. And in this feature, we’ll be recapping her entire story in the 2018 game as we go over the most important details and talk bout what lies ahead for her.

So, some background information first. Yuri’s father was a cop, but when she was young, he was imprisoned for taking bribes from the Maggia criminal organization. This was what drove her to join the police force herself, so that she can eventually take down the Maggia criminal organization. By the time Marvel’s Spider-Man begins, Yuri has been a cop for a while, and is even a Captain in the force. Her relationship with Spider-Man is also an established on, and she’s become the web-slinger’s most trusted point of contact in the police department.

As the game begins, we find Yuri and Spider-Man in similar situations- both of have going up against criminal boss Wilson Fisk, the Kingpin, for years, and have been trying to put an end to his activities. Now, years of enmity have built up to a final confrontation, with the NYPD out in force to take Fisk down and put him behind bars once and for all. Initially, Yuri is adamant that this needs to be done completely by the book, and as such, tells Spider-Man to stay away, and help out in other areas of the city where Fisk’s thugs are causing distractions with attacks.

Spider-Man obliges, but it doesn’t take long for Yuri to realize that she’ll need his help taking down Fisk after all. While the Kingpin’s goons are holding the cops back and he himself is on the verge of making his escape, Spider-Man manages to take him on in a fight and emerge victorious, defeating him and allowing the police to put him in cuffs. Wilson Fisk’s arrest is, as you might imagine, a big win for both Yuri and Spider-Man.

But, of course, as we all know, Spider-Man’s Manhattan is never peaceful for too long- there’s always a new bad guy around the corner. Not long after Fisk’s arrest, a new group known as the Demons – led by Mister Negative – starts seizing the Kingpin’s territory, taking over the city bit by bit as it looks for something known as Devil’s Breath, a lethal, virulent bioweapon that Oscorp accidentally created while trying to create cures for genetic diseases. Later, it is revealed that the cure was being developed for Harry Osborn- but that’s not really crucial right now, so let’s move on. 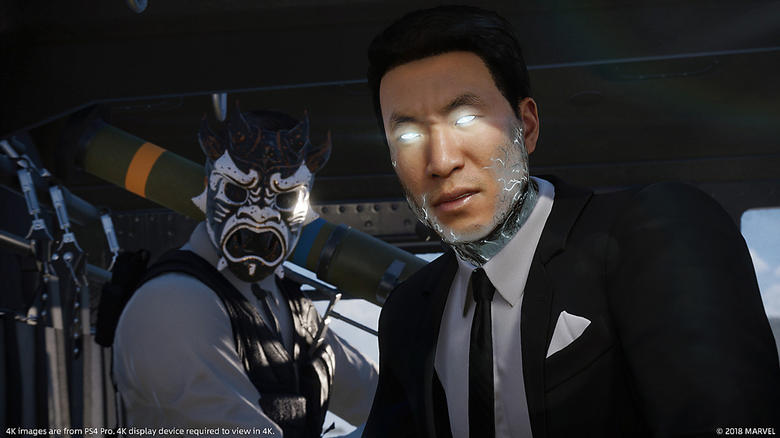 In the coming weeks, Yuri is at the forefront of the NYPD’s hunt of the Demons and Mister Negative and their attempts to stop this new bad guy- with Spider-Man, of course. The NYPD suffers its own losses, of course, with Jefferson Davis, the father of Miles Morales, being killed in an attack by the Demons, though Yuri and Spidey continue to work together to track down Mister Negative (or Martin Li, as he’s known when he isn’t… you know, all negative and stuff).

With the help of Mary Jane Watson, Spider-Man successfully tracks Li down, and then works with Yuri to incarcerate him, sending him to the max security prison known as the Raft. Things, as they often do, quickly go terribly wrong, however. Mister Negative stages a mass breakout from inside the prison, letting loose not only countless inmates, but also several of Spider-Man’s greatest enemies, including the likes of Vulture, Scorpion, Rhino, and Electro. All of this is done under the orders of Otto Octavius, or Doctor Octopus.

Spider-Man and Yuri attempt to stop the prison breakout, but they fail to do so. Spidey is beaten quite thoroughly by the aforementioned Sinister Six. The villainous group escapes into New York (as do many other Raft inmates) and steals Devil’s Breath, which Doctor Octopus then releases in Times Square, causing a mass breakout and infecting many people in the city. Many people Spider-Man knows are infected in the process, including Aunt May (who eventually dies because of the infection) and Yuri. By the time the game comes to an end, though Spidey has dealt with the Sinister Six, the Raft breakout, and Devil’s Breath, he and Yuri both know that there’s still work ahead, and the streets of New York City still need cleaning up.

If you were to jump into Marvel’s Spider-Man: Miles Morales having finished the first game but not having touched any of the DLC, you’d be surprised by where you might find her story picking up. That’s because her character sees some major developments over the course of The City That Never Sleeps- more, perhaps, than any other character across all three episodes. 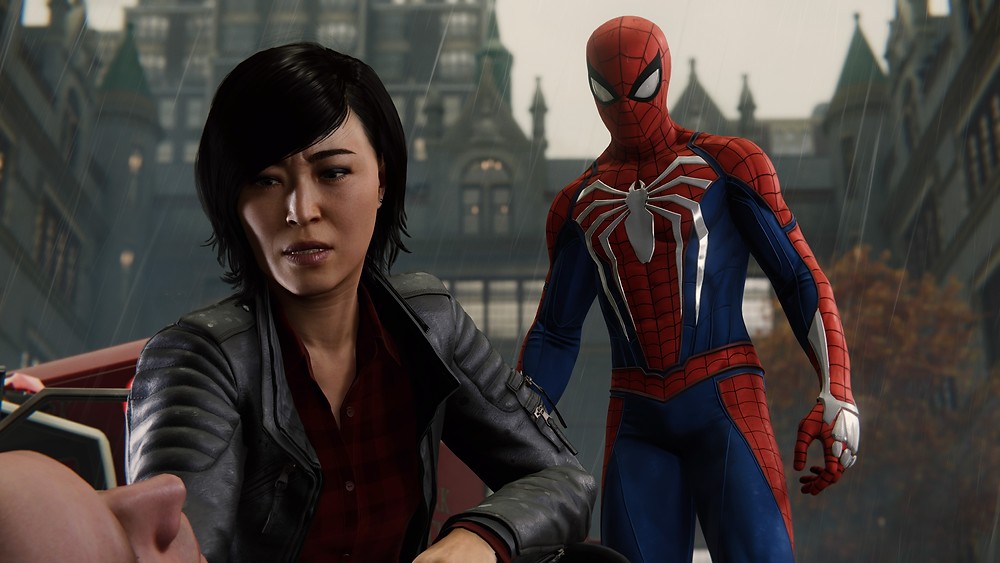 In the second episode of The City That Never Sleeps, known as Turf Wars, Spider-Man and Yuri go up against Hammerhead. Hammerhead, of course, is a high ranking member of the Maggia crime family, and as such, has a history with Yuri. Throughout her years in the NYPD, Yuri thwarts several Maggia fronts, putting several of the criminal syndicate’s members and enforces behind bars. In the process, she attracts attention to herself as well, becoming known to the likes of Hammerhead in the process.

Now, in an effort to put a premature end to a brewing gang war, Yuri and Spider-Man infiltrate one of Hammerhead’s bases- but the attack goes horribly wrong, and most of Yuri’s team is left dead. Yuri is left enraged, not only demoralized by her defeat, by deeply affected by having to call the families of all the officers who had died to inform them of their deaths. She lashes out by heading to a Maggia bar and brutally beating everyone in there- and continues to let loose from that point on.

At one point, during one of Spider-Man’s confrontations with Hammerhead, Yuri shoots the latter in the head (though he doesn’t die, being artificially resurrected promptly afterward). Yuri is placed on administrative leave, but she continues to pursue the investigation on her own time. Throughout the course of the DLC, Spidey follows a trailer that tells him that Yuri is hot on the trail of Hammerhead himself, which eventually leads to her killing one of his enforcer’s in cold blood.

Yuri and Spidey have one last conversation at this point, with Yuri telling him that though she still believes in the justice system, she doesn’t believe it always works the way it needs to, and admits that killing Hammerhead’s enforcer made her feel good, because she felt like she was doing something that mattered. Spider-Man tells Yuri to turn herself in, telling her that he doesn’t want to have to come after her at some point. Yuri refuses, telling Spidey to do what she has to do, and that she will continue to do the same. 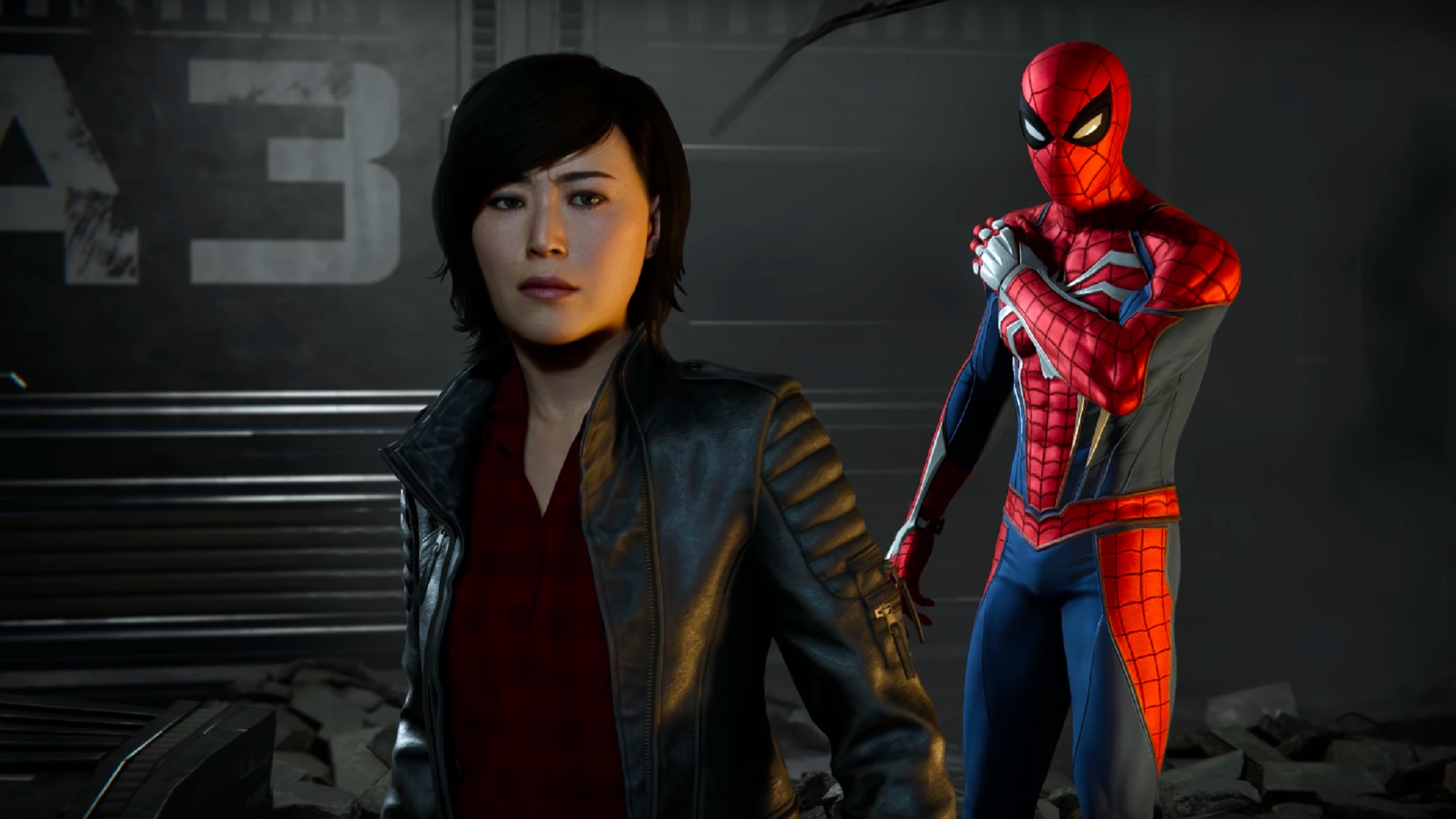 Whenever Yuri returns, Insomniac have clearly laid down the foundations for her to don the persona of Wraith. A relatively new character in Spider-Man (as we mentioned earlier), Wraith isn’t exactly an iconic antagonist (or antihero), but clearly, Insomniac are big fans of her. In the comics, she’s often been portrayed as someone who continues to go pursue her own justice relentlessly, butting heads against not only the good guys and Spider-Man, but also several of the bad guys as well. The fact that she does so while making use of technology once used by several other Spidey villains – including the Chameleon, Mister Fear, and Mysterio – only makes her cooler.

The only question is- will Yuri return in Marvel’s Spider-Man: Miles Morales? If she does, will she have become Wraith by the time the game ends? Will she have already become Wraith in the time that has passed between the two games? Is all of that stuff being saved for the inevitable Marvel’s Spider-Man 2? We’ll find out soon enough, but either way- we’re more than a little excited about where her story is headed.