We dug deep in to Bioware’s next game and tell you what to expect from Commander Shepard’s latest assignment.

Mass Effect 2 will take place two years after the events of Mass Effect 1. The Reapers have been stopped from destroying Citadel and Saren is dead. Shepard now faces a new threat which is responsible for the destruction of many human colonies. Due to this Shepard has to team up with a new organization known as Cerebrus. Nothing much has been revealed concerning the plot, and Bioware have been pretty tight lipped about the story of the game. So we will talk about what we know so far about the game. 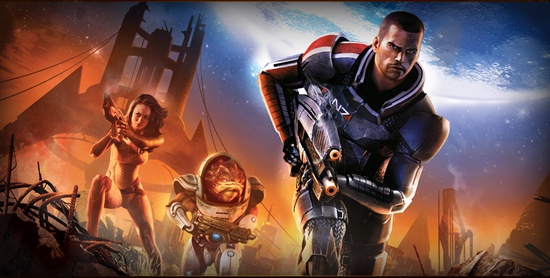 Commander Shepard is going on a suicide mission

One of the major issues that I had with the  gameplay of Mass Effect was the tedious inventory and weapon system. Holding the bumper buttons and than selecting the weapon or the inventory was a bit dodgy, but Bio ware have promised that in Mass Effect 2 the inventory system will be revamped. New game play features such as automatic health generation system, similar to what we see in first person shooters have been added. So its safe to assume that there will be no more health packs in the game. Also Mass Effect’s main strength lies in the combat. Mass Effect 1 had a pretty decent combat system. It was pretty much similar to what we had in Gears of War, just pop and shoot out, Bioware have addressed those issues and have promised a much more enhanced and a better combat system. One of the earlier news about the game was that the players decisions in Mass Effect 1 will decide the plot of the sequel. Mass Effect 2 will read the saved files of Mass Effect 1, but how this will effect the plot is still unknown. Unfortunately none of the weapons, your armor and the credits will follow up.

Just like Mass Effect, the sequel will have stunning vistas

Some of the other major features that will be present in the game are as follows:

The developers release a trailer before E3 2009, where it indicates that Commander Shepard has been killed in action.  But  we have see many of the trailers where Shepard is alive and kicking some alien butt. Developers say that Shepard’s death is a central theme in the story, especially since the Commander is preparing for what can only be described as a suicide mission. Now what about the cast? Bioware have said that if your team mates from the previous game died and also if you are using a saved game from Mass Effect than those will not return. Also expect some of your old team mates retuning to join your squad. Bioware have also introduced some new characters as well in Mass Effect 2, here are some of them. 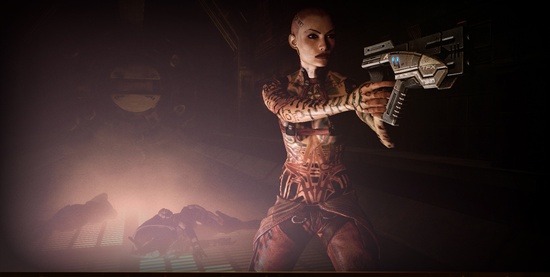 Major Shepard had a couple of love scenes in the previous game. The bar has now been raised and the game will have more passionate scenes done in the right way. Bioware has promised that the animations this time will be much more fluid. For the first game Shepard had about 25 animations but for the sequel that number has been increased to 200. One of the major issues that I had with Mass Effect was the frame rate, so hopefully that would be sorted out as well. Bioware has introduced a number of new worlds in the game such Omega which is a space station and Purgatory which is a starship. Mass Effect is slated for an early 2010 release on the Xbox 360 and PC and we think that the game will fulfill all fans expectations. And at the moment Mass Effect 2 is looking like it is going to set new standards for a role playing action game. For more on Mass Effect 2 stay tuned to GamingBolt.com.