Mass Effect 3 face import bug being fixed, patch is on its way 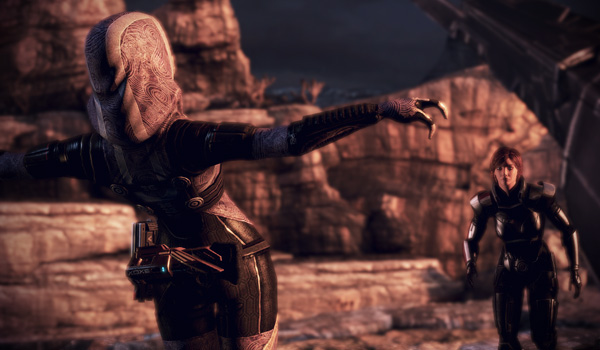 After Mass Effect 3 was released earlier this month, many players reported issues with importing characters with custom created faces from Mass Effect 2, and their Shepards were being imported with the default face. BioWare has confirmed that a patch for this issue is on its way.

“We have fixed the issue of faces not correctly importing into Mass Effect 3,” community coordinator Chris Priestly wrote on BioWare’s forums. “It will be included as part of the next Mass Effect 3 patch.”

“A new patch gets heavily tested by BioWare, EA, Microsoft and Sony before it can be released to the public,” Priestly continued, saying that the patch might take some time to get released. “We all want to be sure that it fixes the issues it is supposed to fix and doesn’t start any new issues (this is called testing or certification testing). If a patch fails during testing, it is sent back, fixed again and retested until it passes.

“Then it is released to gamers. Until we know that the patch has passed certification testing, I don’t want to give even a rough idea of the date, to prevent disappointment should it need further testing.”

No release date for the patch has yet been announced, but Priestly says that he will give details regarding that whenever he can.