Mass Effect 3: More DLC Planned after the Omega one

What could it be about? 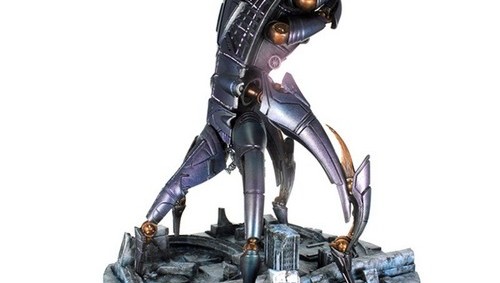 Mass Effect 3 has got a lot of content from Bioware since its release, both expected and non-expected ones, and there is more DLC planned after the Omega one as well.

Community manager from Bioware–Chris Priestly–has confirmed this and we have his statement (via Twitter) below.

The Omega DLC is also incidentally the biggest one released with a lot of content. The downloadable content was all about helping Aria T’loak retake Omega from The Illusive Man’s henchmen.

The new DLC may head in a new direction but nothing is confirmed so far, but the only thing we’re sure about is that there will be something new added to the game. If we have taken the amount of DLCs released so far this one could be quite big.

Here’s what Chris Priestly had to say to a fan who asked him,”How long will mass effect 3 be supported with dlc for ? Till mid 2013 aybe?”

To which he replied: “There is more DLC coming after Omega, but we don’t have a set date when DLC will stop.”

@Hood815 There is more DLC coming after Omega, but we don't have a set date when DLC will stop.

We don’t know what it will be about, but avid Mass Effect fans can speculate what it could be below. We would love to hear about them.