Check out these new screenshots from Mass Effect 3. This game is published by EA and is expected to be released by next year on PC, PS3 and X360.

Blending world-class shooter combat with interactive, cinematic storytelling and space exploration, the Mass Effect series is one of the most highly decorated in the history of games, having earned over 200 international awards. 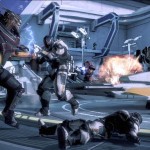 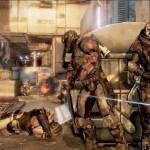