It’s amazing to think that we’ve never seen female Turians in the Mass Effect universe, but the upcoming Omega DLC for Mass Effect 3 aims to change that. Check out screenshots of a female Turian, and decide for yourself which gender looks more frightening, as the DLC releases on November 27th. 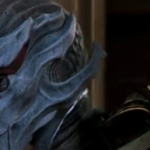